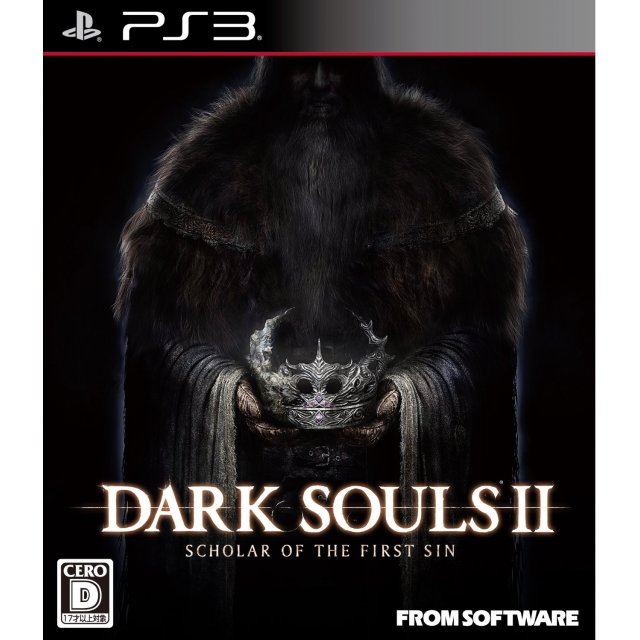 Root back to where it all began in the latest release of one of the most anticipated games from Bandai Namco, Dark Souls II: Scholars of the First Sin! Delve back once more in this complete Dark Souls II experience that takes advantage of the next-gen consoles giving fans of the series an enhanced graphics, new NPCs to discover, expanded lore rebalanced gameplay, increase in maximum online players, new enemies, and in-game-events along with three past DLCs of the game that made Dark Souls one of the finest RPGs of today!

Discover additional NPC's that will help guide you through levels as you forge your quest in the treacherous realms of Drangleic. Be caught up in gripping and well-told lore made even more immersive by enhanced graphical improvements that portray a more believable world rich in texture and lighting effects. New, deadlier, and more aggressive enemies will also be featured such as gigantic dragons and hideous-looking monsters that depict sinister powers synonymous with their looks. Augmented item descriptions and parameter adjustments have also been made to deliver an improved game balance and an easier aid to players. Maximum online players have also been increased to six alongside with matchmaking functionality.

[This review is based on another version of this product]
metabolic81 (5) on 20, Feb. 2018 21:04 (HKT)
Hooray, it's delivered
The game finally came, it's a pity that a couple of days was not enough before shutting down the servers. But anyway thanks to the play-asia!!!
[This review is based on another version of this product]
eddykins1995 (1) on 13, Jun. 2015 11:05 (HKT)
Demon's Souls
A very fun game with many hours of re-playability with New Game plus. The aspect which I fondly enjoy in this game is the World/Character Tendency which can effect the Worlds in ways that are vital in order to meet certain characters, you'll tend to kill yourself in certain worlds in order to meet a character while in others you'll want to stay alive as much as you can while killing bosses in order to move the tendency closer to an alignment which will let you meet another character. There are two big problems I have with the game however one is the level design: you'll tend to start memorizing the area map after you die a number of times and will confidently try to run through the area only to find a small step [small as in maybe 20 centre metres] which you can not step on, you can however roll onto it in order to get past it but still it shows bad level design. The other problem is boss AI, [I will admit that I mainly wear the Thiefs ring and that might be why the boss AI is bad around me but even so I think it's a fair enough criticism since you can get the ring early on in the game] the AI is quite wonky and tends to start making a boss walk into a wall constantly until it has been hit. Regardless it's still a pretty good Dungeon Crawler which I would recommend to people who enjoy these types of games.
tokyoghost (1) on 31, Mar. 2015 19:56 (HKT)
ダークソウル II SCHOLAR OF THE FIRST SIN
I love this game! My order came fast from play-asia. Will be ordering more games soon.
[This review is based on another version of this product]
1110adrilibra (238) on 31, Aug. 2014 16:59 (HKT)
best game
i have finish the game more then once it still a best to have for everyone.
[This review is based on another version of this product]
1110adrilibra (238) on 28, Aug. 2014 13:27 (HKT)
dark souls 2 the best
i have play through many time now, i still played just like the day i received it.
1 »