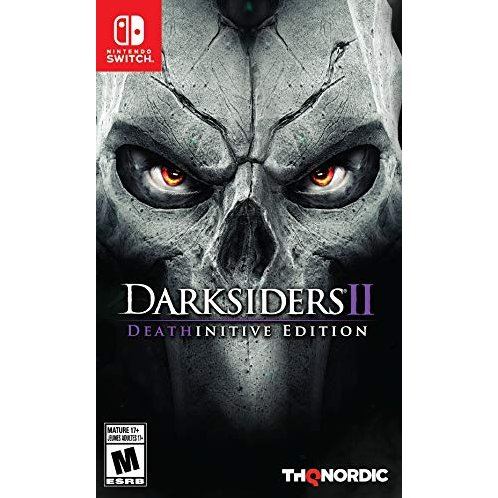 Works on all systems sold worldwide, a correct regional account may be required for online features.
1-5d Expected stock arrival within 1-5 days.
US$27.99
Our previous price:US$ 29.99
You save: US$ 2.00( 7% )
Manufacturer
THQ Nordic
Rated By Our Customers
1-5d Expected stock arrival within 1-5 days
Price
US$27.99
Our previous price:
US$ 29.99
You save:
US$ 2.00( 7% )
Play-Asia.com Return & Refund Policy
Trustpilot
Trustpilot
Click on a thumbnail to see more pictures for Darksiders II [Deathinitive Edition]

Become the terrifying force which everything fears but nothing can escape. Awakened by the End of Days, Death, the most feared of the legendary Four Horsemen embarks on a quest to redeem his brother's name. Along the way, the Horseman discovers that an ancient grudge may threaten all of Creation. Death lives!

Darksiders 2 with all DLC included and integrated into the game which offers a total playtime of more than 30 hours.

If you are familiar with Darksiders II [Deathinitive Edition], why not let others know?