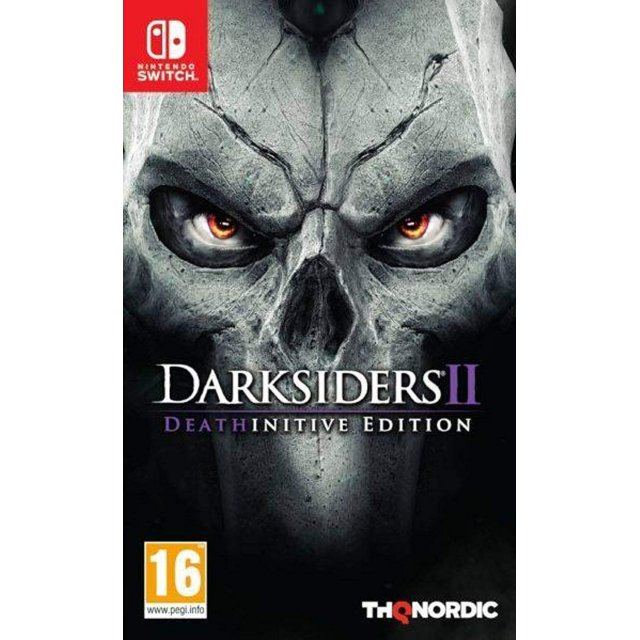 Works on all systems sold worldwide, a correct regional account may be required for online features.
1-2w Expected stock arrival within 1-2 weeks.
US$30.99
Manufacturer
THQ Nordic
Rated By Our Customers
Compatible With Nintendo™ Switch (SW)
Version

Become the terrifying force which everything fears but nothing can escape. Awakened by the End of Days, Death, the most feared of the legendary Four Horsemen embarks on a quest to redeem his brother's name. Along the way, the Horseman discovers that an ancient grudge may threaten all of Creation. Death lives!

Darksiders 2 with all DLC included and integrated into the game which offers a total playtime of more than 30 hours.

If you are familiar with Darksiders II [Deathinitive Edition], why not let others know?