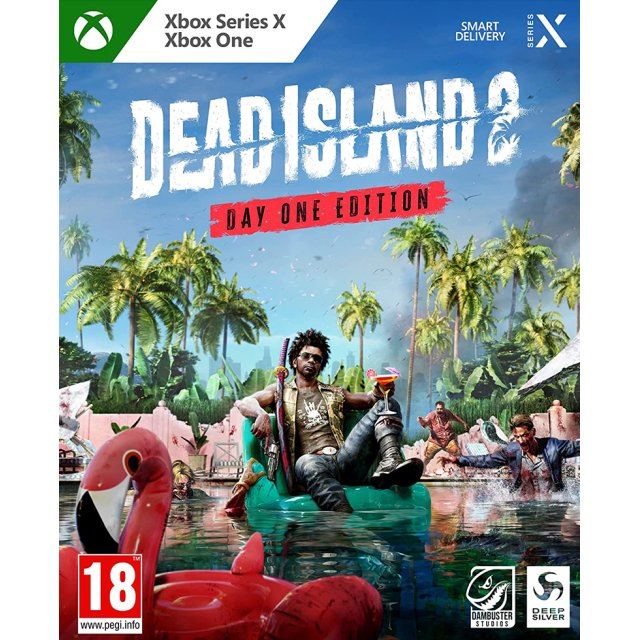 Works on all systems sold worldwide, a correct regional account may be required for online features.
pre Not yet published or released. Expected to ship: Dec 31, 2020
US$59.99
Manufacturer
Deep Silver
Compatible With Xbox One™ (XONE™)
Version

Works on all systems sold worldwide, a correct regional account may be required for online features.
pre Not yet published or released
Expected to ship:
Dec 31, 2020
Price
US$59.99
Play-Asia.com Return & Refund Policy
Click on a thumbnail to see more pictures for Dead Island 2

Several months after the events on Banoi, the United States military has put the Golden State under full quarantine. Now a restricted zone, California has become a bloody paradise for those who refuse to leave their homes and an action-packed playground for renegades who seek adventure, glory and a fresh start. Combining the classic Dead Island elements of immersive close combat, action and role-playing, Dead Island 2 features crazy, never-before-seen handcrafted weapons and over-the-top characters in taking players from the iconic Golden Gate to the celebrated beachfront boardwalk of southern California’s Venice Beach.

Developed in Unreal Engine 4, Dead Island 2 brings back its acclaimed, seamless multiplayer for up to eight players who cooperate, compete or simply coexist in a truly social, new-gen multiplayer experience. Dedicated classes offer a variety of gameplay: From the action-oriented berserker to the stealthy hunter, every character offers a different style of play. An in-depth skill system allows the player to handcraft their own heroes and weapons.