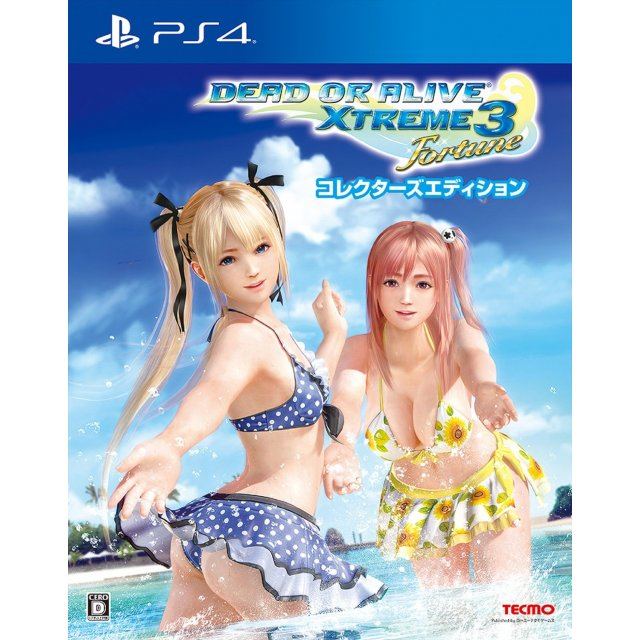 By using the upgraded Soft Engine 2.0 for thePS4 Version (an improved breast engine based off Dead Or Alive 5 Last Round)and the Soft Engine Lite (PS Vita Version), 4 main changes have been made to the character models. New skin shaders give off a realistic andhealthy vibrancy, and breast physics have been fine tuned for maximum voluptuousness. As well,game changing booty physics have been fleshed out, along with the fact that no other game containssuch realistic tanning. The main stay Camera Mode also returns and will be compatible with the upcoming PlayStation VR.

Finally, Dead Or Alive Xtreme 3 isa Japanese/Asian Region exclusive, although if a Western release happens, it will be an "adjusted" version. What this actually means though, is highly based on the assumption of censorship; in the meantime, this version is the only sure bet on the original xtreme experience.

If you are familiar with Dead or Alive Xtreme 3 Fortune [Collector's Edition], why not let others know?

ragentonic (1) on 05, Jan. 2018 22:14 (HKT)
Great service
unfortunately the DLC from the collectors edition was for the Japanese ver of the game, so i can't use it on the international ver, that aside the shipping was fast and it came in good condition, the game itself is exactly as advertised, and i enjoy it for what it is. does that make me a bit of a pervert? yep
Hentai Lover (3) on 03, May. 2016 09:35 (HKT)
Great
Only thing is that the Hong Kong verison is the only one with English subs
[This review is based on another version of this product]
Hayato01 (503) on 29, Apr. 2016 14:38 (HKT)
for relaxing
the physics are a little toned down for this one compared to the PS4 version, but everything else is mostly the same, but with some touch screen fun
Hayato01 (503) on 29, Apr. 2016 14:36 (HKT)
for fans and just relaxing
Just for relaxing and some summer gameplay. Lots of physics *cough* but that does not take away the fun in the game
asuka4 (1) on 28, Apr. 2016 23:26 (HKT)
Good clean fun
DOA + beach volleyball has always been a good combination - this version follows nicely from it's predecessors. Good controls and excellent graphics make for a relaxing, fun game. The computer controlled players do often seem to perform way above expectations on some stages, but that's typical for any game with computer input.
1 »