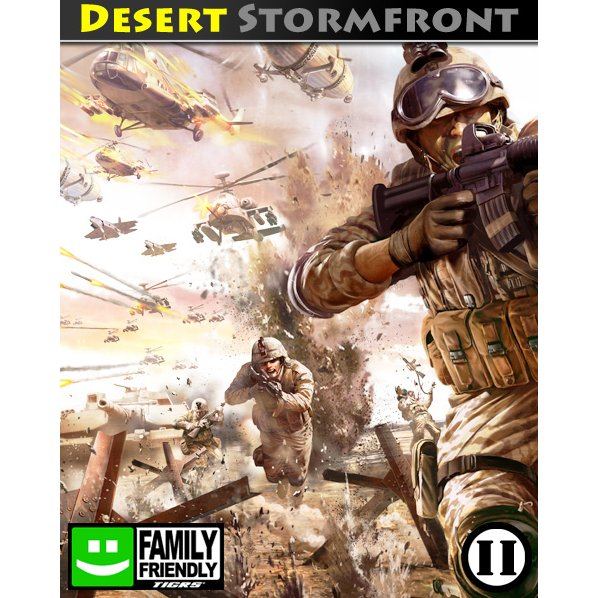 Immanitas Entertainment
Compatible with Mac™ (Mac™)
Get informed when this item is in stock by using our Personal Agent from the right.


Click on a thumbnail to see more pictures for Desert Stormfront

Desert Stormfront is a Real-Time Strategy (RTS) game situated in the Middle East. You play on hot desert landscapes for power and oil. Units at your disposal include Humvees, Tanks, Artillery, Mechanics, Helicopters, Planes, Ships and Submarines amongst others. Desert Stormfront supports multiplayer games over LAN and internet including co-op multiplayer. The game features 30 pre-defined campaign missions where you take command of the Western coalition and fight battles in the Middle East for control of major cities, oil fields and military structures. Nations in play are the USA, England, France, Italy, Iraq, Iran, Saudi Arabia, Egypt, and Afghanistan plus a rebel faction. Desert Stormfront contains a random map generator in addition to the 30 campaign missions. Scenarios include eliminating enemy forces, capturing the flag, defending against incoming troops, convoy missions, sea and air battles as well as tank fights. The game keeps track of high scores and playing statistics.

No reviews for Desert Stormfront yet.