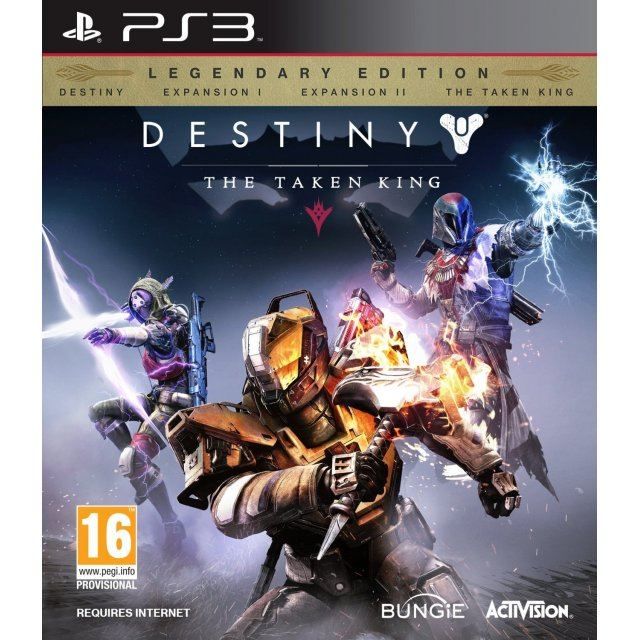 Works on all systems sold worldwide, a correct regional account may be required for online features.
24h In stock, usually ships within 24hrs. (Only 1 left in stock.)
US$8.99
Limited time offer - Secure yours now before the offer expires!

Manufacturer
Activision
24h In stock, usually ships within 24hrs
(Only 1 left in stock.)
Price
US$8.99
Our previous price:
US$ 59.99
You save:
US$ 51.00( 85% )
Play-Asia.com Return & Refund Policy
Click on a thumbnail to see more pictures for Destiny: The Taken King - Legendary Edition

Destiny: The Taken King -Legendary Edition isperfect for new and existing Guardians that are ready to jump into the Destiny universe or continue to carve their legend in the stars. The Legendary Edition features the complete Destiny experience including The Taken King, the next evolution in the Destiny universe, Destiny, Expansion I: The Dark Below and Expansion II: House of Wolves. Unite with 20 million Guardians in the fight to defeat Earth’s enemies, reclaim all that we have lost, and Become Legend.

No reviews for Destiny: The Taken King - Legendary Edition yet.