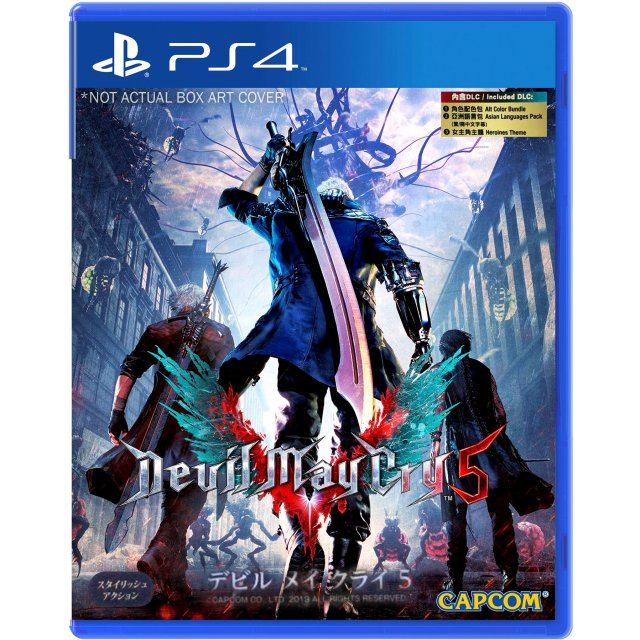 Works on all systems sold worldwide, a correct regional account may be required for online features.
24h In stock, usually ships within 24hrs.
US$54.99
Our previous price:US$ 56.99
You save: US$ 2.00( 4% )
Manufacturer
Capcom
24h In stock, usually ships within 24hrs
Price
US$54.99
Our previous price:
US$ 56.99
You save:
US$ 2.00( 4% )
Play-Asia.com Return & Refund Policy
Trustpilot
Trustpilot
Click on a thumbnail to see more pictures for Devil May Cry 5 (Multi-Language)

A brand-new entry in the legendary over-the-top action series comes in spring 2019, complete with its signature blend of high-octane stylized action and otherworldly and original characters the series is known for. Years have passed since the legions of hell have set foot in this world, but now a new demonic invasion has begun, and humanity’s last hope will rest in the hands of three lone demon hunters, each offering a radically different play style. United by fate and a thirst for vengeance, these demon hunters will have to face their demons if they hope to survive. The devil you know returns in the most over the top, technically advanced, utterly insane action experience of this generation.

Note:
- Voice: English, Japanese
- Language support for Chinese(Traditional and Simplified) and Korean is available by downloading the "Asian Language Pack" in the bundle.

If you are familiar with Devil May Cry 5 (Multi-Language), why not let others know?