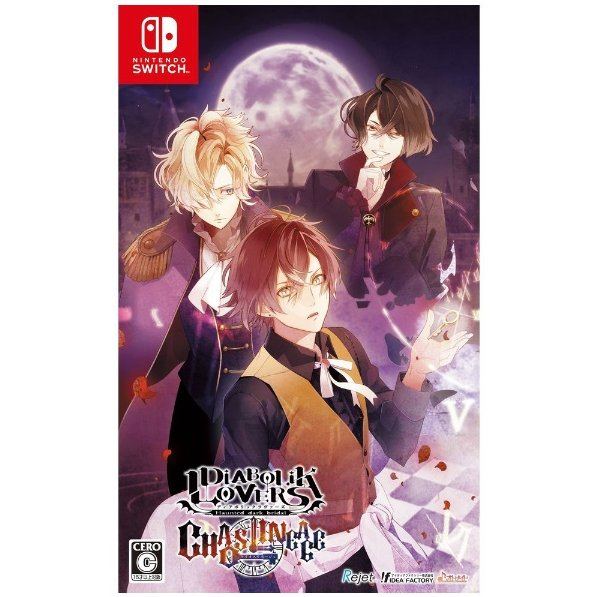 A world where there are only 13 vampires and you, the “Legendary Eve.”

The vampires had continued to fight over you in order to become the “Demon King” that reigns above all.

Scarlet, Violet, and Orange—the vampires divided into three houses, but you feel a strange sense of intensity. And then you remember.

—Who you are, and who they are.

The vampires whose memories have gone astray, who forgot their original selves and live with false brethren. They accept this situation as reality. No matter how much you try to appeal to them, your words do not reach them.

Your beloved, their memories with you forgotten, heartlessly draw near. Every day, you have no choice but to watch them kill each other, blood-lust and snarling.

In this closed world with no escape, can these broken gears really be stopped?

This is the twisted “Blood Lineage” of the vampires that you follow.

Uta no * Prince-sama Repeat LOVE for Nintendo Switch
US$ 56.99

If you are familiar with Diabolik Lovers: Chaos Lineage, why not let others know?

ffiora (1) on 31, Jan. 2020 08:14 (HKT)
Everything matches with description
The game came undamaged in its original packaging. It works fine on Northern American Nintendo Switch. I haven't experienced any bugs while playing. The game is not translated, however, it is not a problem since there are plenty of blogs with translations online. Worth buying if you're interested in vampire otomes