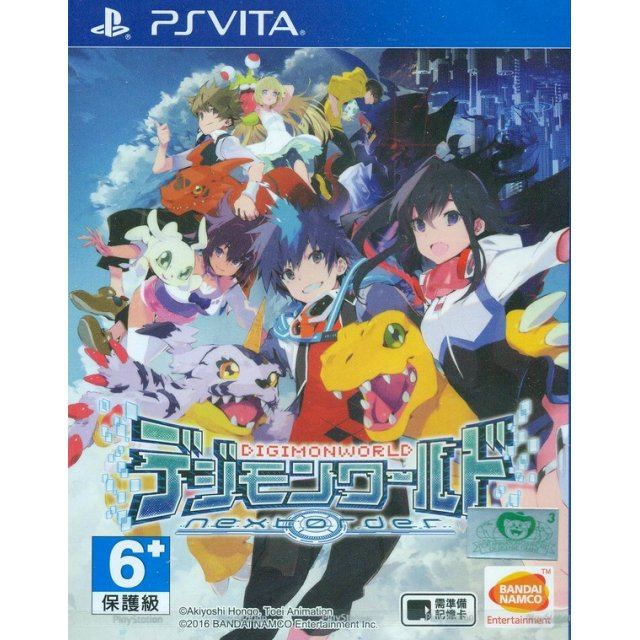 If you are familiar with Digimon World: Next Order (Chinese Subs), why not let others know?

[This review is based on another version of this product]
Zack00 (9) on 22, Aug. 2017 22:14 (HKT)
Grab while still you can!
I don't think that they will make english sub on PsVita so i just grab this in JP version, since i did finish Digimon world Re:Digitize in JP version 5day after it came out, & end it with my 3rd Digimon a Lilithmon which make people go crazy asking for my save data = ='' , well this is a great game to have just like Digimon world on ps1 and Digimon world Re:Digitize on psp, well i did play Digimon world for 5day straight no sleep back on old days just to annihilated my big bro&his fren Digimon in Arena lol..
[This review is based on another version of this product]
TNinja (30) on 05, Apr. 2017 21:39 (HKT)
Quite the Adventure
It looks like a throwback of the first Digimon World game. You get similar Digimons opening similar shops in your little town.
But now you have two Digimons to take care of.