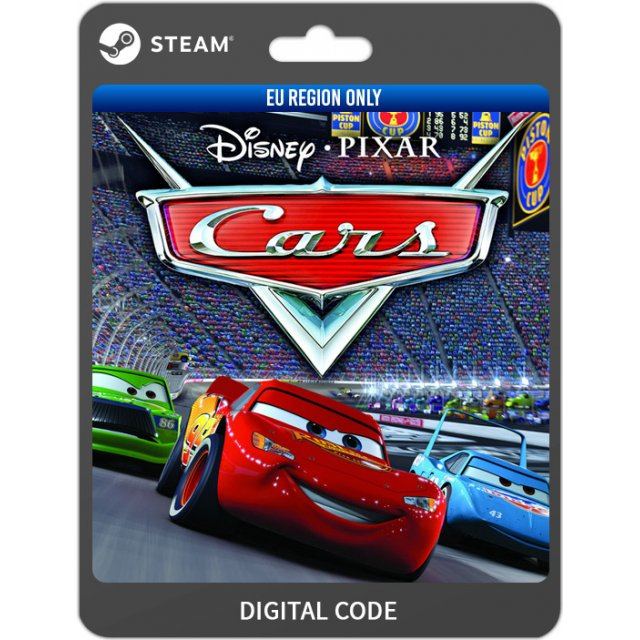 sold Out of print / Out of stock.
Manufacturer
Disney Interactive
Compatible With Windows™ (PC)
Version

In this video game adaptation of Disney Pixar's Cars, you begin as Lightning McQueen, a rookie racecar looking to win fame and fortune at the Piston Cup Championship. A racing adventure game with ten playable characters from the film, Cars offers more than 30 races and mini-games through open environments. The game includes voice talent from the movie, so listen for moral lessons from Larry the Cable Guy and comic relief from Cheech Marin.

Mater is holding a national race festival allowing racers from all around the world to challenge Lightning McQueen. Along with racing against the new characters, players can explore the world of Radiator Springs and Lightning McQueen's racing headquarters. There are also more than 20 mini-games to tackle, including Ramone's Rhythmic Rumble and Fillmore's Fuel Frenzy. Mike and Sulley from Monsters, Inc. make an appearance as well.

Adventure through Radiator Springs with Lightning McQueen and some of your favorite movie characters. Complete a series of awesome challenges as you gear up for the big race! "Cars," the seventh animated feature film to be created by Pixar Animation Studios and released by Walt Disney Pictures, is directed by Pixar's two-time Academy Award-winner John Lasseter, who directed "Toy Story," "A Bug's Life," and "Toy Story 2." A high-octane adventure comedy, "Cars" features the voice talents of Owen Wilson, Paul Newman, and Bonnie Hunt, and has a wide assortment of cars as characters who get their kicks on Route 66.

Note: This product works in the EU Region only.

No reviews for Disney Cars Classics yet.