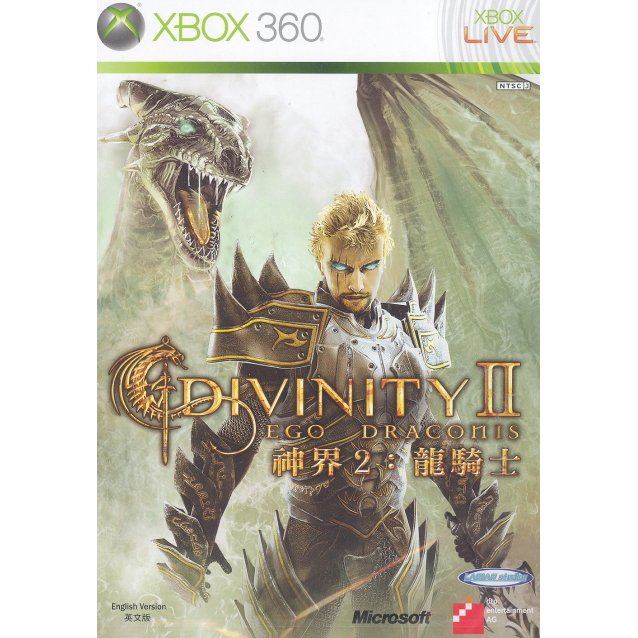 sold Out of print / Out of stock.
Manufacturer
DTP Entertainment
Rated By Our Customers
Compatible With Xbox360™ (X360)
Version

In Divinity 2 – Ego Draconis, players find themselves once again in Rivellon, a timeless world full of awe and magic, shattered and frightened by the apocalyptic wars of the past. No one knows why so many people had to give their lives. Everything seems to be over, but the peace was deceptive, for the demon has returned and the horror once again runs its course.Players begin as a Dragon Slayer, hunters whom travel the countryside determined to rid their lands of Dragons. As the story of Divinity 2 -- Ego Draconis unfolds, the player will discover new abilities and possibilities as they evolve into a legendary Dragon Lord. In addition, the player character's abilities can be steadily improved over the course of the game and specialized in specific areas. The world of Divinity 2 – Ego Draconis is filled with humans and fantasy creatures, each having special combat abilities. Players will need to use every skill, potion and hidden trick to their strategic advantage to reclaim the lands of Rivellon.

If you are familiar with Divinity II - Ego Draconis, why not let others know?