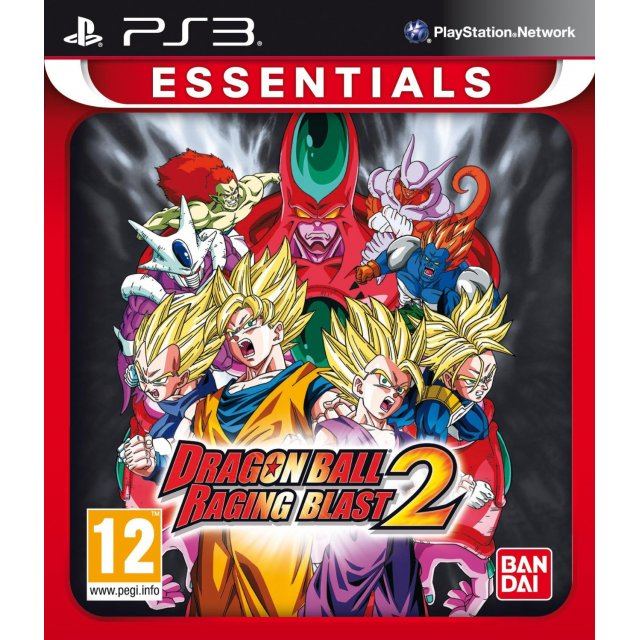 sold Out of print / Out of stock.
Manufacturer
Bandai Entertainment
Compatible With PlayStation 3™ (PS3™)
Version

The popular Dragon Ball Z fighter returns with even more fast-paced, hard-hitting versus battle action! Feel the destructive power of your bone-crushing blows with tons of Super Attacks at your command, special effects that highlight the moment of impact and destructible environments that sustain massive damage as the battle progresses. Featuring more than 90 playable characters, signature moves and transformations, a variety of both offline and online multiplayer modes, and tons of bonus content, Dragon Ball: Raging Blast 2 turns up the intensity to create an authentic and exhilarating fighting experience.

Dragon Ball: Raging Blast 2 will feature a brand new entire 30-minute episode of the Dragon Ball anime on the game disc. The exclusive new episode is entitled “Dragon Ball: Plan to Eradicate the Super Saiyans” and is a completely reconstructed, re-scripted and re-edited version of the original Japanese episode, offering something unique and unmissable to fans of the series.

If you are familiar with Dragon Ball: Raging Blast 2 (Essentials), why not let others know?

ilovepls (31) on 28, Oct. 2013 15:57 (HKT)
Nice game !!
First time it's a little hard to play. But if you adopt to this game you will exprience amazing game play !!
[This review is based on another version of this product]
cainx10a (16) on 09, Nov. 2012 12:33 (HKT)
Had a raging blast!
Fun game, great character selection and the gameplay is pretty solid too (hell, I had to go through the tutorial multiple times to learn it). Character unlocking is fast, Galaxy mode is great substitute for a story that we know all too well. Lots of content and better purchase that the Ultimate Tenkaichi or the kinect DBZ. Get it if you need a DB fix for the current-gen.