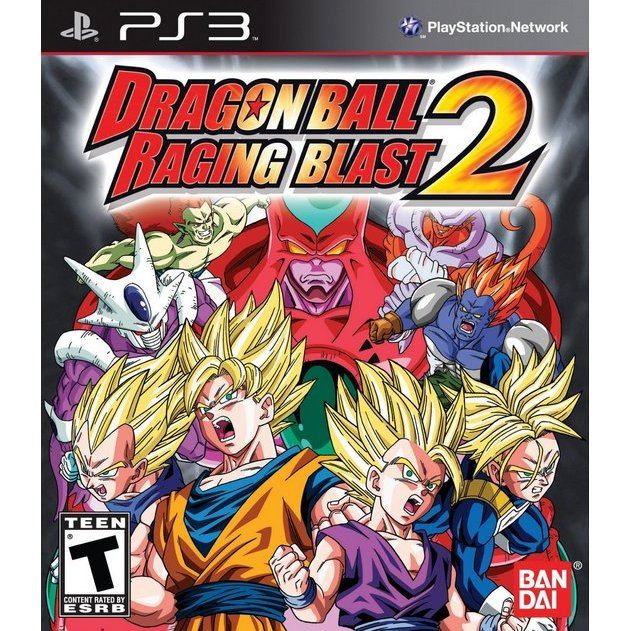 Works on all systems sold worldwide, a correct regional account may be required for online features.
24h In stock, usually ships within 24hrs. (Only 2 left in stock.)
US$43.99
Limited time offer - Secure yours now before the offer expires!

Manufacturer
Bandai Entertainment
Rated By Our Customers
24h In stock, usually ships within 24hrs
(Only 2 left in stock.)
Price
US$43.99
Our previous price:
US$ 64.90
You save:
US$ 20.91( 32% )
Play-Asia.com Return & Refund Policy
Click on a thumbnail to see more pictures for Dragon Ball: Raging Blast 2

The popular Dragon Ball Z fighter returns with even more fast-paced, hard-hitting versus battle action! Feel the destructive power of your bone-crushing blows with tons of Super Attacks at your command, special effects that highlight the moment of impact and destructible environments that sustain massive damage as the battle progresses. Featuring more than 90 playable characters, signature moves and transformations, a variety of both offline and online multiplayer modes, and tons of bonus content, Dragon Ball: Raging Blast 2 turns up the intensity to create an authentic and exhilarating fighting experience.Dragon Ball: Raging Blast 2 will feature a brand new entire 30-minute episode of the Dragon Ball anime on the game disc. The exclusive new episode is entitled “Dragon Ball: Plan to Eradicate the Super Saiyans” and is a completely reconstructed, re-scripted and re-edited version of the original Japanese episode, offering something unique and unmissable to fans of the series.

If you are familiar with Dragon Ball: Raging Blast 2, why not let others know?