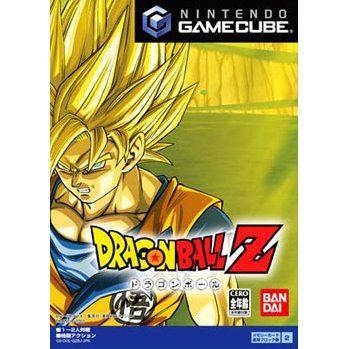 Bandai Entertainment
Rated
By Our Customers
Compatible with GameCube™ (GC)
For JPN/Asian systems, use Freeloader for other.

NTSC
1w Expected stock arrival within 1 week.
US$59.99
Our previous price:US$ 64.99
You save: US$ 5.00( 8% )
Manufacturer
Bandai Entertainment
Rated By Our Customers
Compatible With GameCube™ (GC)
Version

A spectacular 3D world filled with the fiercest fighters the universe has ever known. Test your skills against the most powerful Dragon Ball Z® heroes and the most sinister villains. Every battle is more intense, more dangerous, and more epic than the one before. Will you be the last warrior standing?

If you are familiar with Dragon Ball Z: Budokai, why not let others know?

decent game
suramie2002 (13) on 20, Aug. 2006 07:38 (HKT)
Fun!
2, 3, and Sparking (Tenkaichi) are better!
Jamal on 13, Aug. 2006 04:42 (HKT)
Letdown.
This game was a complete let down. I really had high hopes for this games. I beat it in 8 hours easily includeing figureing out how to play. But if you\'re a Die hard fan of DBZ you will like this game.
babu on 15, Feb. 2006 11:29 (HKT)
awesome
Awesome game. Maybe this is because I\'m a hardcore
DBZ fan. There is more to the combat than mashing A
buttons and kamehameha. You can also customize your
characters to attempt new moves.
Jevous on 20, Jan. 2006 20:37 (HKT)
Mmmm
Not too good I\'m afraid. The combat is pretty lame, just mash the A button then kamehameha. It\'s pretty true to the series though so any DBZ fans will be happy. Later stages become really frustrating as movement when flying feels really slow and akward, making it near impossible to defeat the harder levels. 2player is pretty fun.
1 »