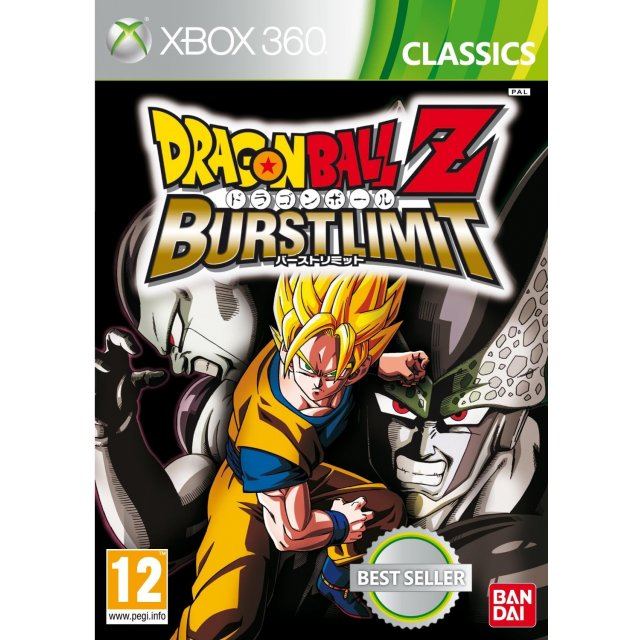 Collections
Atari
Rated
By Our Customers
Compatible with Xbox360™ (X360)

sold Out of print / Out of stock.
Manufacturer
Atari
Rated By Our Customers
Compatible With Xbox360™ (X360)
Version

If you are familiar with Dragon Ball Z: Burst Limit (Classics), why not let others know?

The online is very laggy and people just spam the super attacks so I barely played online.
[This review is based on another version of this product]
MarioAguirre (5) on 05, Jun. 2008 06:31 (HKT)
This game ROCKS!!!!
It's very much better than the Budokai Editions!