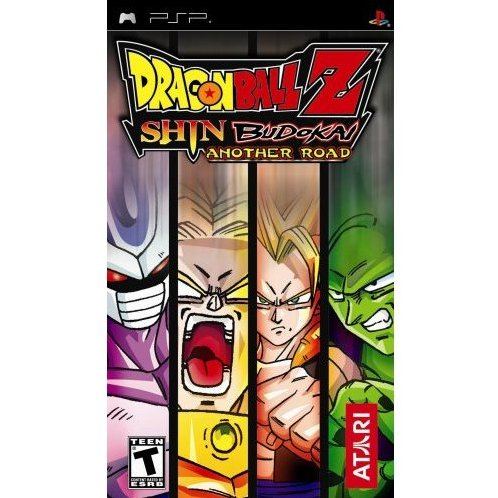 Dragon Ball Z® Shin Budokai™: Another Road takes the intense fighting dynamics made popular in the 2006 PSP® hit game, Dragon Ball Z Shin Budokai™, and takes it to new heights with exciting features to please long-time Dragon Ball fans and those new to the franchise. Dragon Ball Z Shin Budokai™: Another Road offers a completely new story following the favorite character, Trunks on his adventures fighting against his rival Majin Buu in the future. With thrilling combative gameplay such as counter-attacks, super high-speed bouts, flight and Ki energy management, gamers will have the power to play heroes and villains from the worlds of the DBZ, Dragon Ball GT and Dragon Ball movies. The game also features an improved camera system for more dynamic battles and an improved fighting system with over 50 additional fighting skills and ultimate attacks, allowing for a smoother battle experience.

If you are familiar with Dragon Ball Z: Shin Budokai Another Road, why not let others know?

PuNiao (365) on 23, May. 2007 15:11 (HKT)
Dragon Ball Z: Shin Budokai Another Road
Don\'t let the title mislead you: Another Road is a 3D fighting game based on the hugely popular Dragonball franchise that has a bulky fan base in both Japan and the United States. A quick background: Dragonball is a Japanese phenomenon that started life in the 1980s as a manga before branching out as various animated series and console games. Its style: think of a hodgepodge of Star Wars, the Monkey King in the Chinese classics, Journey To The West and Louis Cha\'s over-the-top, kung-fu novels spiced with wacky Japanese humour. For Another Road\'s main course, you have an original adventure with a time-travelling storyline that should be surprising for long-time fans. But really, it is just an excuse to fight all the oddball Dragonball characters including favourites like Goku, Piccolo and Majin Buu. These superhuman characters can be further strengthened by buying or earning - by fighting well - power-up cards that can boost their abilities like energy attacks.

What makes this different from other PSP fighting games: each finishing move offers more fireworks and explosions than any fancy parades. Another Road has enough content to satisfy most fans of fighting games, including the de rigueur arcade mode, and a challenge mode offering tasks like defeating an opponent without using any special attacks. The game offers plenty of unlockable content, including hidden characters and additional transformation modes, to keep you hammering away. For the most part, the 3D fight sequences are visually impressive thanks to some nifty cel-shaded animation that shows why the PSP is in a different league - from the Nintendo DS - when it comes to eye-popping graphics.

However, the overhead world-map view in this adventure looks unpolished and somewhat amateurish. Another gripe: The overly frequent \"Now Loading\" screen that appears almost all the time, sometimes even when you are just switching between menus. While Another Road is not as sophisticated as Tekken: Dark Resurrection, it is still a satisfying game for over-the-top martial arts action on the PSP, with responsive controls and tons of fun.