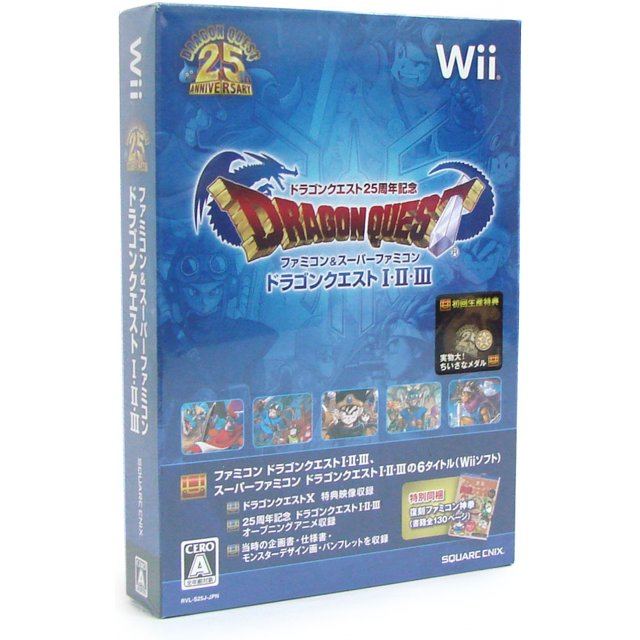 If you are familiar with Dragon Quest Collection, why not let others know?

toraken13 (37) on 03, Mar. 2012 08:57 (HKT)
revisit where the Dragon Quest began
What have we here? Why, it's the 1st 3 Dragon Quest games in the Super Famicon (Super NES) version included and formatted for the Wii! I've rescued Princess Laura (Gwaelin) and defeated the Dragon Lord! I've met the Princess of Moonbrook!! I've started the Quest of following in Ortega's footsteps! This collection also includes an awesome opening animation and helps to understand the use of the Wii's Remote like the old NES controller. The 1st time I played the Super Mario Bros. (which was pre-downloaded on the Wii) I pressed the directional control but wasn't sure how to jump! Hahaha I'm catching up on the stories that lead up to Dragon Quest VII (known in the states as Dragon Warrior)! Though it is a bit weird jumping from the Wii 123 to the DS 456 to the PS 7 the PS2 8 and finally back to the DS 9! But that's not what is important. It's interesting to see a time when the all important boomerangs weren't even available. In 1 it was just one-on-one battles, with no companions to provide extra hands to attack or medical attention during the final boss fight! In DQII, I've yet to find a weapon that attacks groups and it takes some adventuring to meet up with your 2 companions! In 3, there's a boomerang available in exchange for medals! But I've still got plenty more exploring to do!
ricardoramirez (175) on 27, Oct. 2011 03:33 (HKT)
A Dragon Quest Collection? Sign me up!
While it would have been nice if this collection included a few more titles (I'm sure they could have fit them in) it's still a nice collection.

As well this edition comes with a few bonus items which makes it perfect for collectors such as myself.
e_pedraza_g (517) on 06, Oct. 2011 22:48 (HKT)
Great compilation
this comes with many memorable items, such as a coin pouch, a coin engraved with DQ's 25th anniversary motiff, a manga, and the game itselfe includes famiconm versions of DQ I-III and superfamicom versions of those 3 games as well. It also includes a gallery of art, ranging from original box art to concept drawings.

All in all, a great product, my only compaint is that it should have included super famicom versions of DQ IV-VI.