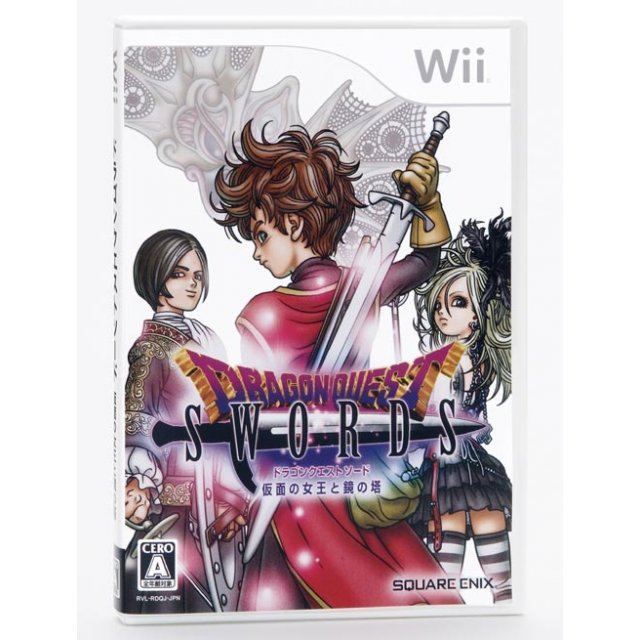 Dragon Quest Swords: Kamen no Joou to Kagami no Tou

Dragon Quest Swords: Kamen no Joou to Kagami no Tou (aka. The Masked Queen and the Tower of Mirrors) is an innovative action/role-playing game being developed exclusively for the Nintendo Wii™. The game utilizes the Wii's motion-sensing controls as players use the Wii™ remote to slash, parry and blast their way through a land filled with Dragon Quest foes. The direction you swing the Wii controller will determine the slash your character makes in game. You will progress through the game using your sword, shield, and magic to vanquish enemies and earn experience points.

If you are familiar with Dragon Quest Swords: Kamen no Joou to Kagami no Tou, why not let others know?

I would have to agree that this game is very short, although there are multiple paths through levels and many different swords to collect and upgrade. This game is not as easy as it was initially made out to be.

While the difficulty isn\'t ridiculously hard right off the bat, it does ramp up a bit each level. Things become significantly harder by the time you reach the third or forth stage. The game play remains essentially the same as you go, so you\'ll be okay if you enjoy constant hacking and slashing.

The sensor bar does an above average job of tracking your movements, so for the most part when you need to make a specific cut you should have about a 75-85% success rate.

Be warned that there is a lot of Japanese text in the game. Although it isn\'t necessary to understand the story to progress, you may feel as though you\'re missing out on a big part of playing the game. Currently, as I\'m writing this, there aren\'t any English FAQs to follow along with, but I assume that will change within a couple of days.