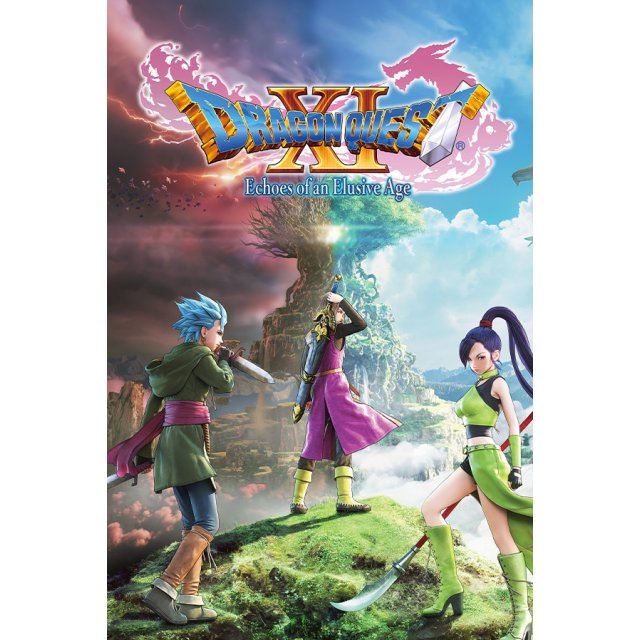 Russia
Get informed when this item is in stock by using our Personal Agent from the right.

sold Out of print / Out of stock.
Manufacturer
Square Enix
Compatible With Windows™ (PC)
Version

Russia
Get informed when this item is in stock by using our Personal Agent from the right.
sold Out of print / Out of stock


Click on a thumbnail to see more pictures for Dragon Quest XI: Echoes of an Elusive Age

DRAGON QUEST XI: Echoes of an Elusive Age tells a captivating tale of a hunted hero and is the long-awaited role-playing game from series creator Yuji Horii, character designer Akira Toriyama and composer Koichi Sugiyama. While it is the eleventh mainline entry in the critically acclaimed series, DRAGON QUEST XI is a completely standalone experience that features entirely new characters, a beautifully detailed world, finely tuned turn-based combat, and an immersive story that will appeal to longtime fans and franchise newcomers alike.

Story
A young man, about to participate in his village’s coming of age ceremony, travels to a Sacred Stone alongside his childhood friend. After a series of unexpected events, this intrepid adventurer learns he is the reincarnation of a legendary hero from a forgotten age.

Note: This product works in Russia only.

No reviews for Dragon Quest XI: Echoes of an Elusive Age yet.