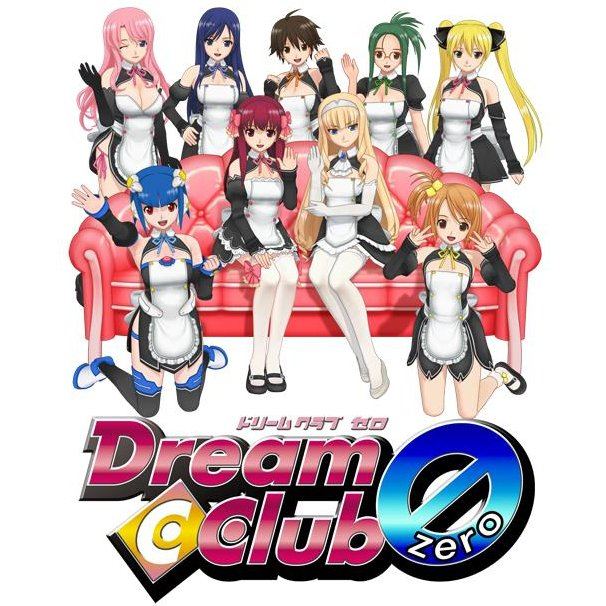 Tamsoft
Rated
By Our Customers
Compatible with Xbox360™ (X360)

NTSC
1w Expected stock arrival within 1 week
Price
US$15.99
Our previous price:
US$ 79.90
You save:
US$ 63.91( 80% )
Play-Asia.com Return & Refund Policy
Trustpilot
Trustpilot
Click on a thumbnail to see more pictures for Dream Club Zero

Dream Club is a place for pure-hearted gentlemen and sweet innocent ladies to meet. Gamers who have played the first installment have probably chosen their dream girl, but will you make the same choice 5 months ago? In Dream Club Zero, you'll become some of the host girls' first customer.Earn money through part-timing in the day and come to the club at night. You have a year to earn your favorite girl's favors. Be a good drinker and smooth talker, you might even want tempt personal information from the girls. Learn why they became host girls and see what type of men they prefer.

If you are familiar with Dream Club Zero, why not let others know?

[This review is based on another version of this product]
Victor (149) on 30, Jul. 2013 08:54 (HKT)
Great Game
Great sequel!!!!!
[This review is based on another version of this product]
Victor (149) on 27, Jul. 2013 15:23 (HKT)
Great Game
Better sequel game.
[This review is based on another version of this product]
phantomiledreamer (16) on 06, May. 2012 07:46 (HKT)
Dream C Club ZERO
If you liked the first Dream C Club, you will love this. It has all of the old characters (ILI is now available from the start, and Mari and Riho are unlockable with achievements or DLC), as well as 3 new ones -- Haruka, Nonono, and Asuka.
The game still involves chatting and drinking with your hostess of choice, and the game is fairly text-heavy, but there are online guides and walkthroughs you can use if you're worried about being stuck. There are a few things that aren't covered (i.e. celebrating birthdays, some dates, etc.), but they're pretty easy to figure out, especially if you've played the first game and have a vague idea of what you're doing.
I play this game predominately for the music -- Dream C Club has a nice selection of songs, all of which sound great. Each character has an image song (and every character from the first game has a "0" remix, as well), unlocked by having them perform karaoke during the storyline.
There's also some stage customizability -- you can change what the club looks like, using 3 different designs, and mixing them as you like (between the club itself, the chairs, and the stage). You also have the ability to set the camera type and stage effects.
The DLC for this game is also worth mentioning. Most costumes are 320 - 480MSP, accessories are 80-160MSP, and every piece of DLC that you bought in the first game carries over to the second one. Quite a few costumes come coupled with accessories, and there's "extra" DLC which allows backup dancers, and even duos on stage!
The game itself looks very nice -- the animation is smooth, and they improved the graphics a bit from the first game (i.e. the accessories move now, whereas they didn't in the first game).

All-in-all, even though it's a bit on the text-heavy side, there's a lot of things to enjoy about this game, even if you're not fluent in Japanese. The characters are very likeable, and the gameplay is pretty unique. A downside is that the default costumes are somewhat limited, but you unlock more as you complete the story with each character. You can unlock hairstyles, too, character-by-character (ponytails and twintails, though there are more available by DLC).
[This review is based on another version of this product]
awe.of.she.1 (173) on 29, Mar. 2012 08:58 (HKT)
Great game for the fans
Everything you loved about the first game, but better!
Almost in every possible way.
tomtang5555 (21) on 07, Jan. 2012 15:49 (HKT)
Nice sequel
This title is a pretty good sequel to the previous dream club game: it adds a bit more into the gameplay mechanism as well as 3 new host girls. The rest is pretty much the same, so if you like the previous game, this one won't disappoint you.
1 »