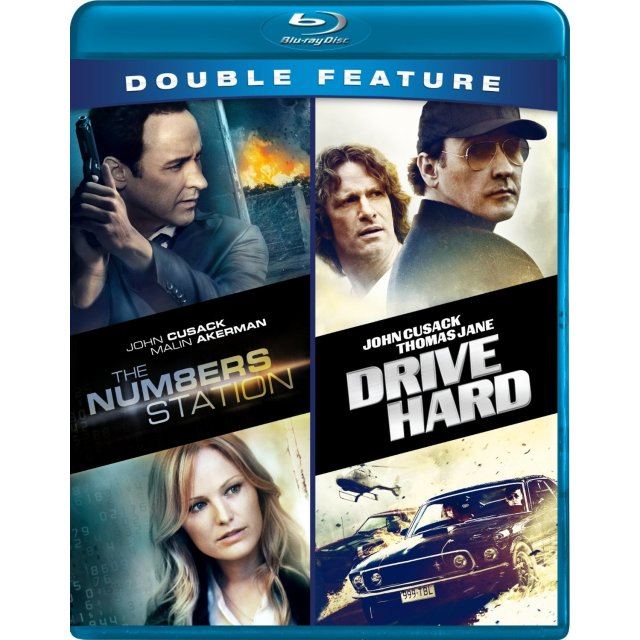 Former hotshot racecar driver Peter Roberts (Thomas Jane, The Punisher) traded the winner's circle for safety, stability, a pile of debts and a 9 to 5 job as a beginners' driving instructor. But his life shifts into overdrive when mysterious out-of-towner Simon Keller (John Cusack, Numbers Station) shows up for a driving lesson and hijacks Peter to be his getaway driver in a $9 million heist. Now these unlikely fugitives are on a white knuckle race to stay one step ahead of the mobsters who want their money back and the corrupt cops who will kill anyone who gets in their way. Peter and Simon just might have half a chance, if they can stick to the plan, drive faster than the bullets being fired at them... and don't kill each other first.

After his latest mission goes disastrously wrong, veteran CIA black ops agent Emerson Kent (John Cusack) is given one last chance to prove he still has what it takes to do his job. His new assignment: guarding Katherine (Malin Akerman), a code operator at a top-secret remote CIA Numbers Station where encrypted messages are sent and received. When an elite team of heavily armed assailants lays siege to the station, Emerson and Katherine suddenly find themselves in a life-or-death struggle against an unknown enemy. With the station compromised and innocent lives at stake, they must stop the deadly plot before it's too late.

No reviews for Drive Hard / Numbers Station yet.