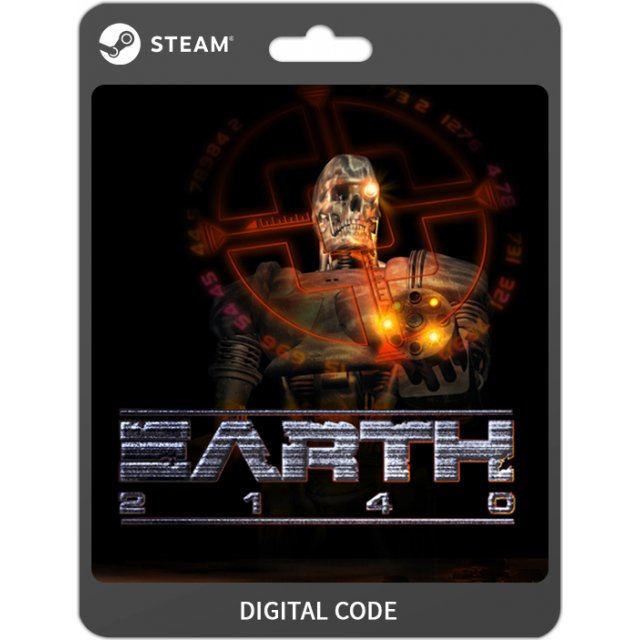 Region Free
This item will deliver instantly in your account. Some orders may be subject to verification by SMS or Voice which may cause delays.
US$1.62
Manufacturer
TopWare Interactive
Compatible With Windows™ (PC)
Version

EARTH 2140 is a real-time strategy game involving the high tech warfare of the 22nd century. More than 50 exciting missions, an unprecedented AI, more than 100 ground units, mechs, flying units and ships, strategic orders like formations, escorts and others make Earth 2140 a high-class product. The year is 2140. After numerous wars and several environmental disasters, only two world powers remain; the United Civilized States (»UCS«), covering the American continent, Western Europe and North Africa, and the Eurasian Dynasty (»ED«) covering the coherent landmasses of Eastern Europe and Asia. The damage caused by the long wars led both world powers to evacuate the population to recently built underground cities.

Australia and most parts of Africa were sacrificed during the long wars, which lasted several decades. Highly toxic biological and chemical weapons were developed on these continents, leaving them so badly contaminated, that no human life can survive there. Not even the use of robots and machines is possible. The general opinion was that these continents would forever remain uninhabitable, and they were wiped from every map. Most of the world's population forgot that this land ever existed.

Natural resources are becoming scarce and have to be extracted above ground. There have been a number of small conflicts between the UCS and the ED, the last of which escalated and became a fierce and bitter war - the final world war. Only one side can win. This final war will decide who will get the last of the available natural resources and ultimately rule the world.