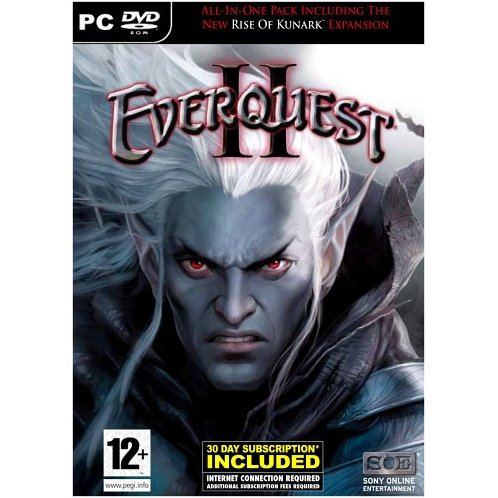 Rise of Kunark introduces a new playable race, the Sarnak. This dragon-like humanoid inhabits the jungle islands of Timorous Deep, a new starting location for adventurers. Timorous Deep presents a wealth of new content for levels 1-20, and is one of the many new zones being developed for this expansion. Many of these zones are based on favorite gameplay areas from the original EverQuest, such as Karnor’s Castle, the Lake of Ill Omen, Sebilis and Veeshan’s Peak. Guilds, adventurers, and artisans can expect to benefit from a raised level cap, as all level caps are raised to 80, in addition to new solo, group, and raid content for levels 65-80.

Hundreds of new quests will be added to the expansion, promising exciting adventures and encounters, including class Epic Weapon quests for all classes. Players will also be able to explore this new world astride a new mount – the rampaging Kunarkian Rhino. Dozens of new NPCs, as well as a host of new weapons and armor await players as they explore and unravel the mysteries surrounding the beautiful, yet dangerous continent of Kunark.

No reviews for Everquest II: Rise of Kunark (DVD-ROM) yet.