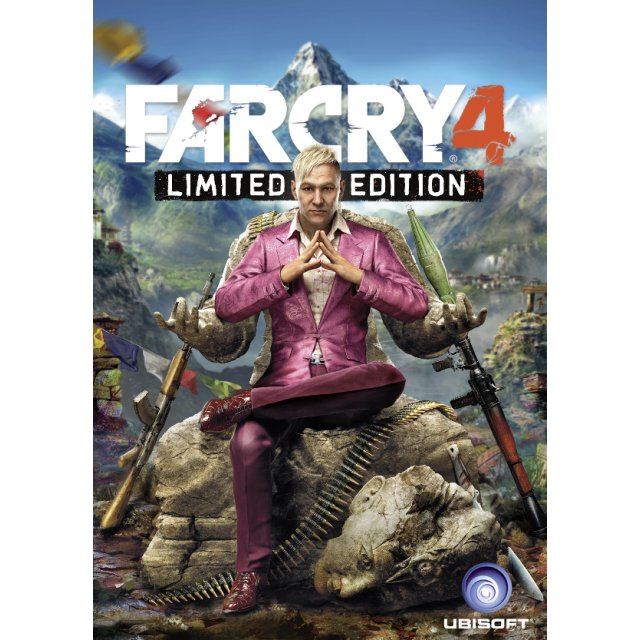 The Best Yet in the Far Cry Series:

For the first time inFar Cry– the exotic local of Nepal, specifically the Himalayan mountains, will be the backdrop inFar Cry 4.Introducing Ajay Ghale as the first ever Nepalese protagonist, the open world nature ofFar Crynow sees new horizons.

Fans of theFar Cryseries will be pleased to know that the developers have every intent in making 4 a new experience, especially when compared to 3. Where as inFar Cry 3,character freedom compromised time sensitive situations ending in loss of immersion,Far Cry 4now promises a tighter balance between exploration and mandatory story based events.As well, to add to this, there is less protagonist voice overs; there is also an addition of Tarantino-esque dark humor bringing an new factor of enjoyment.

While the sound standard gun combat with many weapons are still there, one of the more exciting features is the weaponziation of local animals. Ride and elephant into the fray and overthrow foes in their vehicles! Shoot tactical beehives! Manipulate Tigers into mauling foes!

All the previous mechanics return as well, from stealth to hang gliding to exploring hidden secrets and mysterious areas; lighting up individual blades of grass with fire makes a return too. If all this sound interesting, the icing on the cake is the co-op mulitplayer, made even sweeter by letting a friend play online even if they don't have a copy themselves!

-Mission 1 (20 mins):Fight dangerous enemies in the ice caves of snow-capped mountains to retrieve a rare artifact.
-Mission 2 (20 mins):What’s better than riding elephants? Fighting waves of enemies on an elephant with Hurk by your side.
-Mission 3 (20 mins):In this epic finale, chase down an enemy convoy and save Hurk from certain death.
-Exclusive Weapon:Harpoon gun “the Impaler”! Use this modified whale hunting Harpoon with a Unique Skin Pack to shoot harpoon stakes!

No reviews for Far Cry 4 Limited Edition yet.