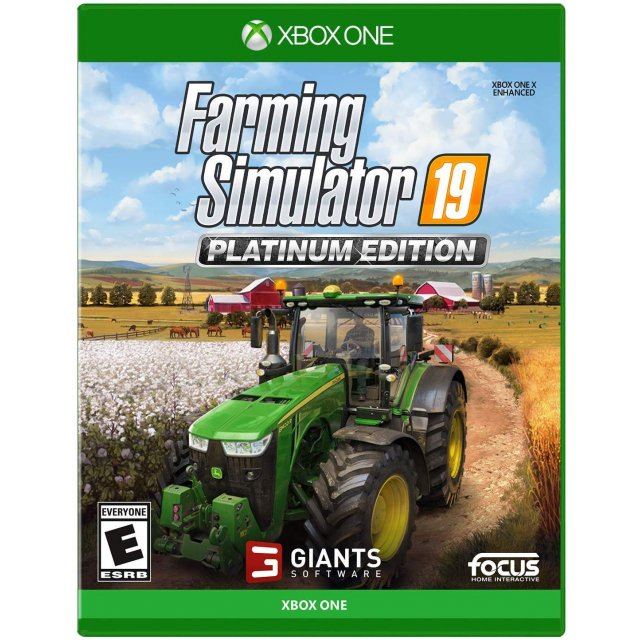 Works on all systems sold worldwide, a correct regional account may be required for online features.
1w Expected stock arrival within 1 week.
US$56.99
Manufacturer
Maximum Games
Compatible With Xbox One™ (XONE™)
Version

Farming Simulator 19 will feature, at launch, three distinct open worlds in which to develop and expand your farm, in solo or with friends: two entirely new environments will soon be revealed, as well as an all-improved version of the South American environment, which has been overhauled to take advantage of the new engine's capabilities.

Farming Simulator 19 takes the biggest step forward yet for the franchise and will bring great improvements to nearly every aspect of the game, not just greatly enhanced graphics. Its content will be richer than ever. With the addition of new big brands, Farming Simulator 19's garage will feature the franchise's most extensive vehicle roster ever. The game will also introduce new farming activities, new animals including horses, brand new mechanics, as well as new crops- all of which will be revealed in great detail over the coming months and future events.

Ghostbusters: The Video Game Remastered
US$ 37.99

Ghostbusters: The Video Game Remastered
US$ 29.99

Ghostbusters: The Video Game Remastered
US$ 30.99

No reviews for Farming Simulator 19 [Platinum Edition] yet.