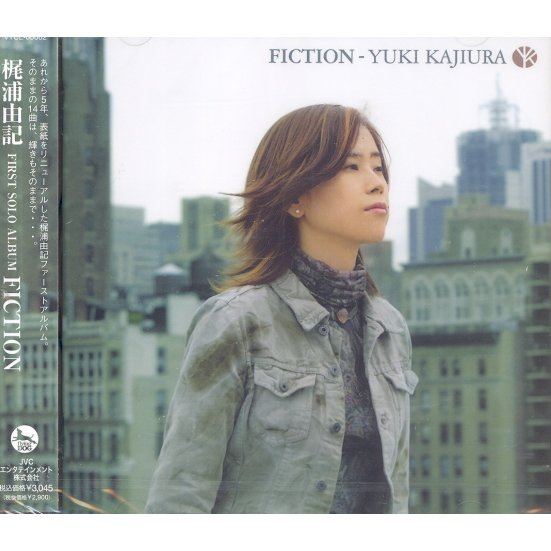 Audio CD
5-15d Expected stock arrival within 5-15 days.
US$31.99
Please take note that, once purchased, this item must be paid immediately and cannot be cancelled or returned.
Manufacturer
JVC
Feature
Yuki Kajiura
Version

If you are familiar with Fiction, why not let others know?

There are 3 songs from .hack sign on this CD. They are different versions from the anime. They are "Key of the Twilight", "Fake Wings" and "Open Your Heart".

These songs are from the anime series Noir: "Canta Per Me","Salva Nos", and "Lullaby".

Emily Bindiger has an absolutely haunting and powerful voice. She sings:

These other vocalists are great and very talented.

The only song I didn't care too much for was track #13. "Lullaby" because the style is so different from the other songs. It's a slow, Jazz style song sung by Tulivu-Donna Cumberbatch. I mostly disliked it because of the vocalist's voice. I think if it was sung by Emily Bindiger or any other vocalist, then it would be better.

This is The Japanese release of the album and is also the latest re release (2008). (This is the one I bought). Apparently there was a 2003 U.S. release of this album with a different cover and fewer songs. (11 songs instead of 14, all were sung in English, no songs without vocals were included). This CD has all of the same songs on the U.S. release (sung in English too) with the addition of 3 songs.

All songs are sung in English with the exception of Salva Nos and Canta Per Me. These songs were also in the U.S. release sung in the same language (so no difference in versions between the U.S. release and the Japanese release).

The Japanese version is the best version to buy because you get more songs. The booklet that is included has the English lyrics as well as the lyrics translated and written in Japanese characters.

Overall, I'm extremely happy with my purchase and would recommend this album to any Yuki Kajiura or .hack fan. :)
aldirew (5) on 01, Apr. 2010 15:34 (HKT)
Great 1st CD from Yuki Kajiura. She's attained the right balance of classical and techno and to top it all off, all the songs are in English with perfect pronounciation.