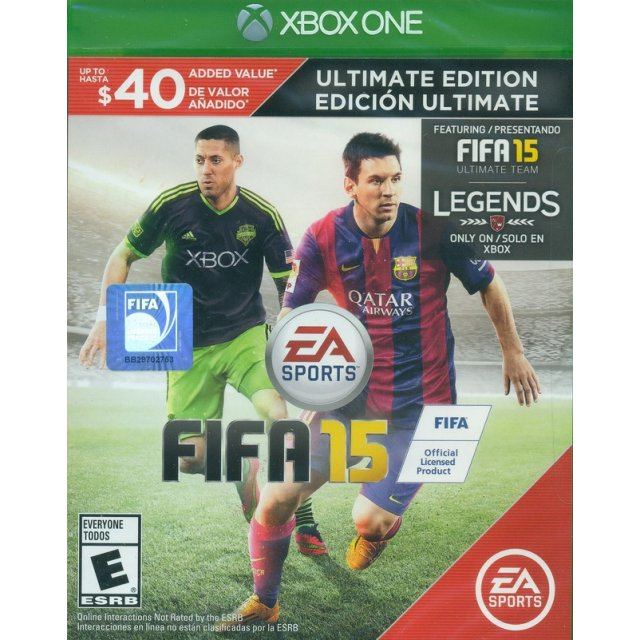 Works on all systems sold worldwide, a correct regional account may be required for online features.
1w Expected stock arrival within 1 week.
US$23.39
Our previous price:US$ 79.99
You save: US$ 56.60( 71% )
Manufacturer
Electronic Arts
1w Expected stock arrival within 1 week
Price
US$23.39
Our previous price:
US$ 79.99
You save:
US$ 56.60( 71% )
Play-Asia.com Return & Refund Policy
Trustpilot
Trustpilot
Click on a thumbnail to see more pictures for FIFA 15 Ultimate Edition

One of video game’s successful football franchises is back for its new 2014 release, FIFA 15. Join and relive football experiences with stunning and impressive details that fans and enthusiast will surely enjoy. FIFA 15 is claiming to be one of the best title in the FIFA series with its enhanced graphical and emotion features, the game will be out in current gen and next gen consoles.

FIFA 15 will be running in Ignite Engine, same as the game engine of FIFA 14, which also includes terrific features that include graphics and human intelligence that will offer true player motion and dynamic environment.

Experience the thrilling world of FIFA in your hands and let the story of the match unfold based on a new exciting commentary, crowd activity, and the natural reactions of the players, which make every game in FIFA 15 unique and exceptional. Be sharp, cool and cold blooded and win a FIFA World Cup!

Berserk The Golden Age Arc II: The Battle for Doldrey
US$ 26.99

No reviews for FIFA 15 Ultimate Edition yet.