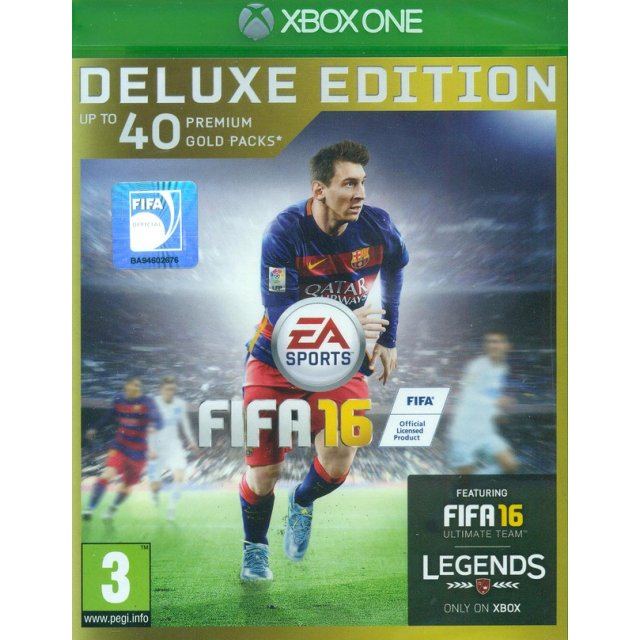 FIFA 16 innovates across the entire pitch to deliver a balanced, authentic, and exciting football experience that lets you play your way, and compete at a higher level. You’ll have Confidence in Defending, take Control in Midfield, and you’ll produce more Moments of Magic than ever before. FIFA 16 – Play Beautiful.

Get up to 40 FUT Premium Gold Packs over 20 weeks, start your Ultimate Team season with Lionel Messi on your squad for 5 games and be the first to use the new "KO" and "BAILANDO ROBOT" celebrations.

No reviews for FIFA 16 (Deluxe Edition) yet.