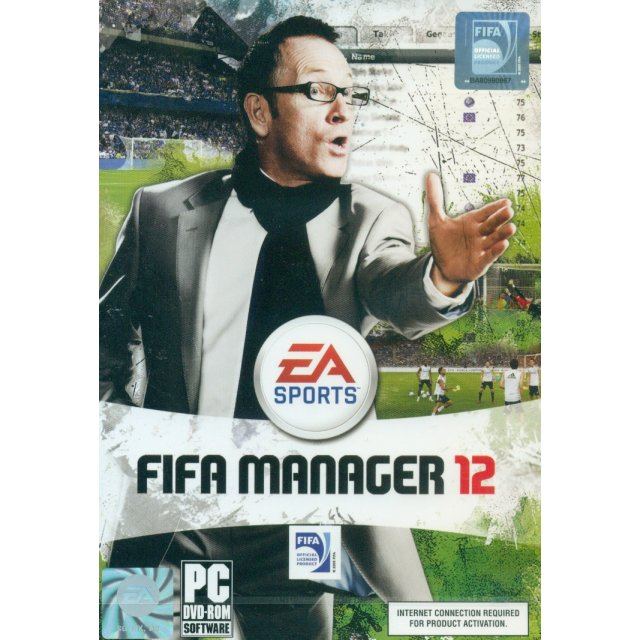 FIFA MANAGER 12 that will be released this year is the eleventh edition of the franchise, and clearly focuses on the offline mode and offers a huge number of more than 700 new features and improvements.

As a manager in FM12 you have complete control over the management of a modern football club. In the game you are responsible for the line-up, the tactics and training of your team, for signing the right players and the extension of your club facilities and the stadium. The special highlights in FM12 are the FIFA license, the FIFA 3D engine, more than 41,000 licensed players, 13,000 of whom come with original player pictures, the player manager and national team manager mode, the Create-a-Club mode and the Match Prognosis Tool as well as a unique, comprehensive editor.

A special highlight this year is the 3D game option of FIFA MANAGER 12. This area of the game representation is a matter close to the heart for a lot of fans of the franchise, so that this year a whole team consisting of designers, graphic artists and programmers have put the entire logic of the 3D mode to the test and completely reprogrammed large sections of it.

A new player AI, for instance, and marked improvements in terms of the substitutions, tactics and the conduct of opposing managers, e.g. after players are sent off, results from this. The new intuitive user interface makes it possible for you to retrieve all the data relevant to the game within seconds and to issue precise tactical instructions. New club facilities

25 buildings with a total of 289 configuration levels are reproduced in detail. In addition there are up to three stadia with up to 120,000 seats directly on the club grounds. Buildings age and have to be renovated. Each configuration level has specific impacts in other areas of the game. As a player you are thus constantly faced by decisions to make and must develop a genuine strategy in terms of how you want to set up your club in the future.

The financial sector in FIFA MANAGER 12 is also entirely new. Cubs and players have to first gain the trust of the financial markets through sporting successes. Realistic revenue of the main sponsors help to exactly reflect the large financial differences between top clubs and a smaller club in the game.

A stock exchange with club shares should, of course, not be absent. In the sponsorship sector there are also numerous improvements, such as the sponsors‘ pyramid or sponsors’ campaigns to obtain new partners. Moreover, there is the option in FIFA MANAGER 12 of much more intensive interchanges with the main sponsor, who wants to be kept happy.

In the transfer section you can now field players in trials in test matches or commission a detailed analysis of the squad so the team's weak points can be specifically eliminated. Due to the fact that all the AI managers make use of these squad analysis options, the transfers will once again become even more realistic. In this way AI clubs can also cash in expensive stars who do not want to extend their contracts just before their contracts expire.

Classic areas in a new look

A whole range of new options will be available to you in the calendar. From the charity event to direct friendly match queries and extending to lactate tests, no wishes are left unfulfilled.

In FIFA MANAGER 12 the training can once again be planned and implemented on a daily basis in individual units. The player development was made more realistic here which makes the games even more challenging especially at the higher difficulty levels. A special fitness coach will now also offer you his services from the start of the season. In the Weekly Progress sequence that can now be configured you can select your favourite statistics in a targeted manner and, for instance, precisely track the training or the building progress on the club facilities.

The instant calculation, the cooperation with your Board, the player talks, interviews and the Personal Life feature were also extended.

The fans have been able to directly influence the content of the new FIFA MANAGER game for the first time due to the "Your Feature!" campaign. In seven ballots several thousand participants have, for instance, opted for features such as “Pre-match Speeches”, “Hosting a European cup final match”, a “Trial training day for hobby players”, and the revamping of the “Final 24 hours of the transfer market”.

The "Manager Tasks” have also become particularly exciting. Here you as a manager are constantly presented with new tasks in addition to your day to day business so you can gain additional points and achieve manager levels. You can then use these for instance for more effective team talks.

The online mode that was successfully launched two years ago should also, of course, not be absent in FM12. All the premium features from the previous year were made freely accessible for all players. The players can now exchange various action items in return for their manager points, there is an extensive avatar editor and the option of creating fantasy leagues. A large number of new statistics rounds off this game section.

If you are familiar with FIFA Manager 12 (DVD-ROM), why not let others know?

jegl1985 (24) on 20, Feb. 2016 09:08 (HKT)
Be the manager
A good game if you like to take de control of all the team just giving intructions to the players and see if your tactics are good or not, a really god game recomended to try something diferente