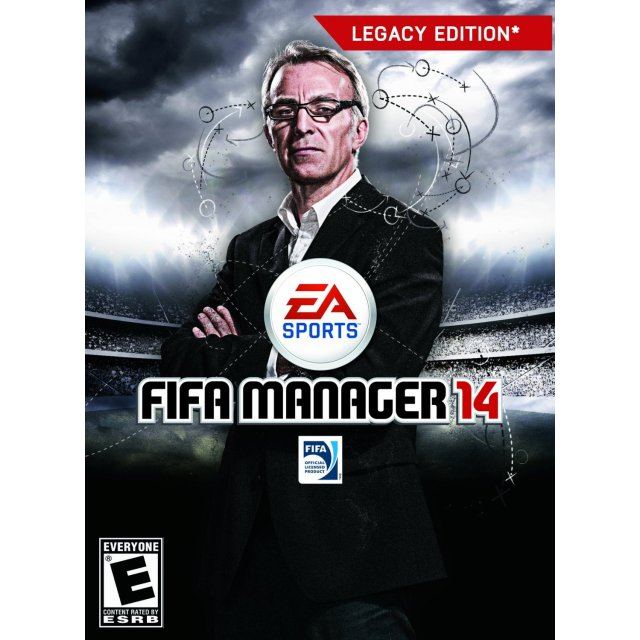 Region Free
This item will deliver instantly in your account. Some orders may be subject to verification by SMS or Voice which may cause delays.
US$60.21
Manufacturer
Electronic Arts
Price
US$60.21
Play-Asia.com Return & Refund Policy

FIFA Manager 14 will once again give fans the best football management simulation to date; football enthusiasts will have the chance to control a dream team and achieve their goals. Published by Electronic Arts under the EA Sports label, FIFA Manager 14 is once again developed by genre veteran Gerald Köhler who is one of the most influential figures in said genre and has been working on the FIFA Manager series ever since the genre classic Anstoss and several successful sequels.

FIFA Manager 14 Legacy Edition will feature updated kits, rosters and statistics offering a robust addition to the already content laden gameplay from the series. Also, 25 previously locked features are now available to play right from the start such as Coach Rumors, Team Matrix, Psychological Profile and Expanded Statistics. Plus, with over 1000 official licensed clubs, featuring more than 35,000 players across more than 70 licensed leagues, these will all be will be available with all the latest information.

Be the Best Manager:

Players can prove their abilities in building a successful team, managing the financial part of the club, building the right infrastructure, as well as supporting youth teams, and arranging functional transfers. Like its popular forerunners, FIFA Manager 14 will ensure that it will be completely up to date. It’s up to the players to prove if they can keep up with the greatest and most successful managers!

No reviews for FIFA Manager 14 Legacy Edition (Origin) yet.