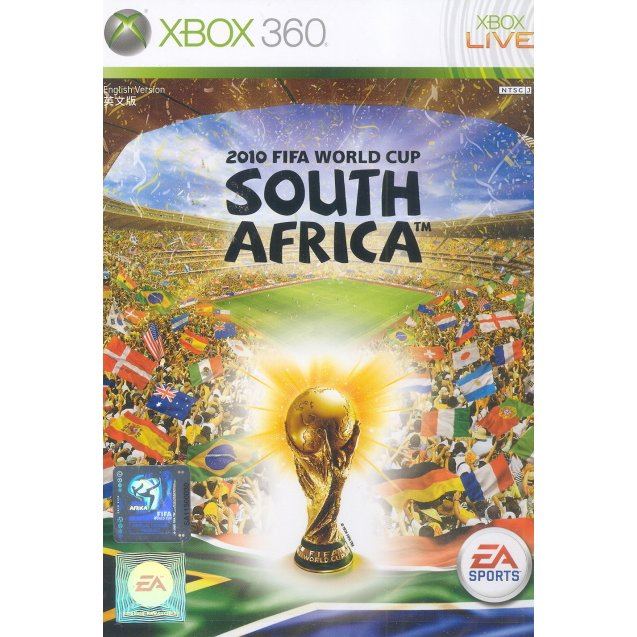 [This review is based on another version of this product]
obarreda (24) on 07, May. 2012 23:02 (HKT)
First class world cup
Well the 2010 World cup is over but this game is still a must. Covers all teams under FIFA organisation. So if your country didn't qualify you can make it for real.
mattphair (7) on 30, Dec. 2010 19:16 (HKT)
Buy FIFA 11 instead
This was a great game to buy during the summer when the world cup was going on. In fact, having never played a FIFA franchise game in the past, playing World Cup South Africa convinced me to go ahead and buy Fifa 11. Comparing the two, FIFA 11 is way more bang for your buck in terms of teams and leagues, but if you're dead set on rooting for your home country, there's a lot of pomp and circumstance and it really captures the feeling of World Cup soccer.
[This review is based on another version of this product]
naca.stojakovic (1) on 11, Aug. 2010 20:57 (HKT)
Fifa World Cup
Good game.
[This review is based on another version of this product]
ryan_rap (1) on 13, Jul. 2010 15:53 (HKT)
By Far the Best Soccer Game Out There.
I was really impressed when I first got to play this game. I'm familiar with the FIFA franchise but haven't played it in a few years. They have really made this game feel more fluid and realistic compared to previous editions. Plus the online play is where it's at. I woul definetly reccomend this game to everyone.
gogoyubarismooth (289) on 04, Jul. 2010 21:31 (HKT)
The excelent product
Funny and amazing
1 »