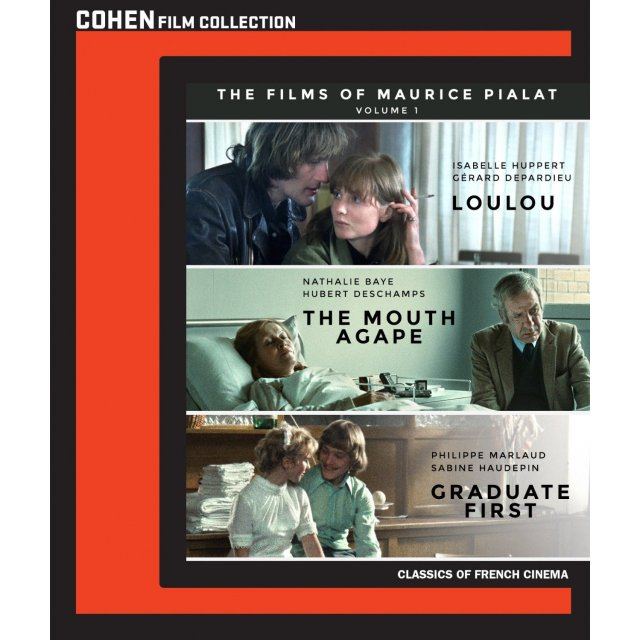 Cohen Film Collection is proud to present for the first time in HD, a collection of films by French director Maurice Pialat. Graduate FIrst: In a town in northern France, teenagers sitting for the baccalaureate await the fateful date with anxiety tempered with indifference. The past year has been the scene of their conflicts with adults and teachers alike who consider the exam as the highway to employment. The disillusioned teenagers see it more as the dead-end street to unemployment. Mouth Agape: When cancer strikes the mother of the family in this French film, everyone in the family expresses a previously invisible caring and tolerance of the others. The father has always been a bit of a drunk, and is forever chasing younger women. Despite that, he and his wife care for each other, and he tends attentively to her in her last days while remaining unchanged in character. The son and daughter-in-law, whose marriage is somewhat sterile, have similarly penetrating interactions with the dying mother. Loulou: One evening Nelly meets Loulou, a down-and-out young man. After her husband kicks her out, she goes off to live with Loulou. She is soon with child, but Loulou doesn't change his wayward life, spending time with his pals and pulling off small-time robberies. Deeply hurt by his attitude, Nelly decides not to keep the baby. Love Exists: A certainty runs through Maurice Pialat's cinema: whatever is lived, spoken, invented or destroyed in "real life" will probably find it's echo in a film one day. Beginning with these fictional reverberations, we sketched the self-portrait of a director who never forgot what it was to be a child, and was as uncompromising as one when it came to defining what love meant to him.

No reviews for Films Of Maurice Pialat: Volume 1 yet.