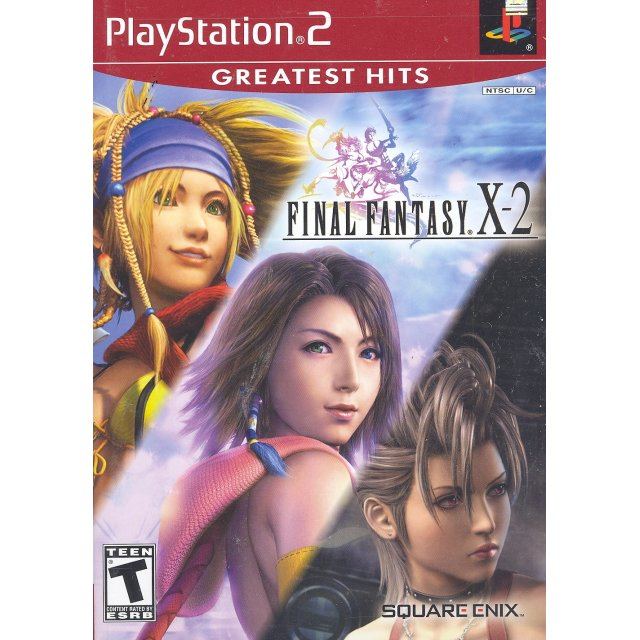 If you are familiar with Final Fantasy X-2 (Greatest Hits), why not let others know?

Features a new dress sphere system, a brilliant 1000 words song, and is a fairly good addition to the series
Burnmonkey (154) on 23, May. 2012 11:45 (HKT)
Fun RPG
Definitely a game that doesn't take itself too seriously. Still fun to play
Gar0X (150) on 11, Nov. 2011 16:44 (HKT)
First true sequel of Final Fantasy series
Continuing the journey of FFX, which I think as one of the greatest FF iteration, FFX-2 is the first true sequel of the series
With more fast paced battle system (complete opposite of its predecessor which is considerably slower than any of the series because of its CTB system), and fan services, it's not the best RPG ever but still absolutely worth to play
Shangyou (161) on 24, Aug. 2011 19:10 (HKT)
Great game!
The instruction manual was torn though...
1 »