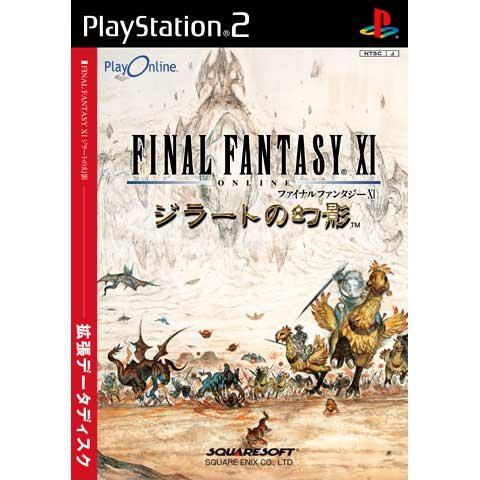 The story of Final Fantasy XI takes place in a world that mixes swords, magic, and technology on the beautiful planet known as Vana'Diel. In the past this world was blessed by the source of all things in the world, the Crystals. Together with their power, those that believed in the light fought against the monsters that followed darkness. The monsters destroyed the beautiful villages and cities, turning the lands into a vaste wasteland, and the water into deadly pollution.

Eventually, mankind was able to fight back the monsters and regain peace for their land. However, 20 year after the fighting, when people begin to forget the memories of the horrible war with the monsters, the scent of evil once again blows over the land of Vana'Diel. All is resting on the powers of the crystals.

Final Fantasy XI is a pure online only RPG title and requires a PS2 hdd as well as an online capability.

No reviews for Final Fantasy XI Expansion: Jirat no Genei yet.