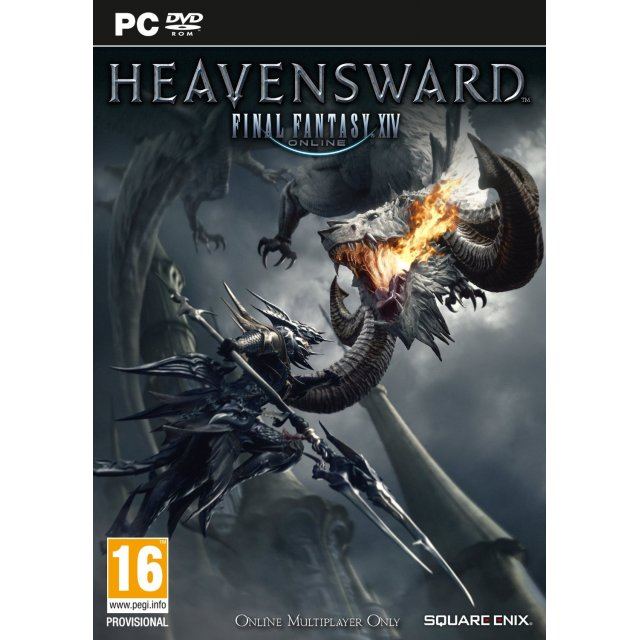 Explore the vast realms of Eorzea, expanding beyond the Coerthas Central Highlands, up into the skies above the Sea of Clouds and other floating masses. Prior inaccessible lands like Dravania and other outlying islands are also made playable in the game. Take part in a thousand-year old conflict between the ancient kingdom of Ishgard and Dravania in Dragonsong War or in the "The Wyrmking versus Thordan and his Knights Twelve" . The game also introduces a new playable race with both female and male versions, and multiple new jobs like the Dark Knight which is capable of performing fiercer attacks in exchange of its HP.

A new primal specifically made for theFinal Fantasy XIVknown as Ravana which possesses multiple arms wielding swords in each of one, will also be featured along with others like the Bismarck. Explore massive new areas, dungeons and new raids along with two new beast tribes namely the Vanu Vanu and the Gnath. Enjoy an exhilarating aerial battle with the games' six flying mounts including the Black Chocobo and personal-scale airships in which players will be able to use in some expansion zones.Final Fantasy XIV: Heavenswardalso boasts of an increased in level cap from 50 to 60 and a feature allowing Free Companies to make personal scale air-ships.

No reviews for Final Fantasy XIV: Heavensward (DVD-ROM) yet.