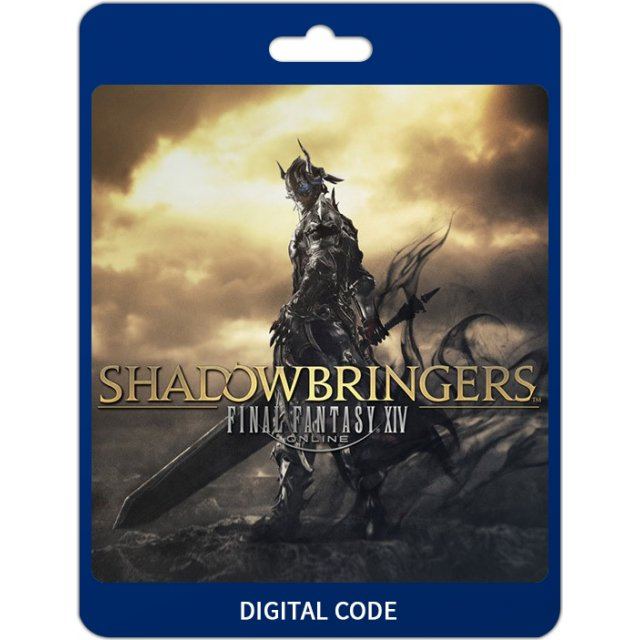 Europe
This item will deliver instantly in your account. Some orders may be subject to verification by SMS or Voice which may cause delays.
US$17.34
Manufacturer
Square Enix
Compatible With Windows™ (PC)
Version

Take part in the next saga of the critically acclaimed FINAL FANTASY XIV Online with the next legendary expansion pack—SHADOWBRINGERS!

Explore breathtaking new environments, encounter exotic new races, master exciting new jobs, and fight alongside prominent characters with the new Trust system as you embark on a new journey as the Warrior of Darkness!

With over 16 million adventurers worldwide, join the next chapter and become what you must. Become the Warrior of Darkness!

-This product is not compatible with the Steam version of FINAL FANTASY XIV Online Starter Edition (A Realm Reborn). If you’ve purchased FFXIV Starter/Edition A Realm Reborn on Steam, then you must also purchase FFXIV: Shadowbringers on Steam to upgrade your existing account.


WARNING: THIS CODE WORKS ONLY IN THE EUROPE REGION.

No reviews for Final Fantasy XIV: Shadowbringers [Expansion Pack] yet.