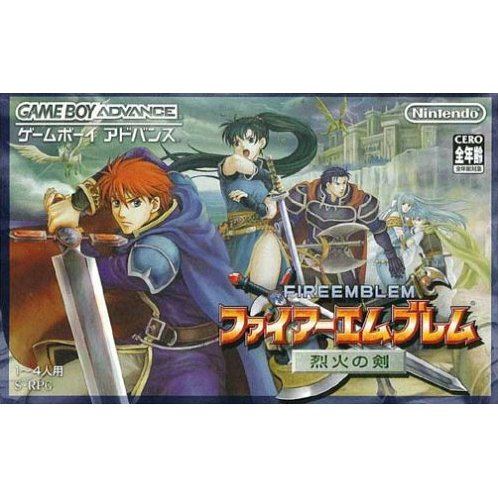 
Click on a thumbnail to see more pictures for Fire Emblem: Rekka no Ken

Fire Emblem: Blazing Sword is a tactical simulation for the GameBoy Advance. The story is divided into two parts. Lin is the main character of the first part, and the main character switches to Eliwood in the second part. This game features a Conversation System during the battle, conversation during battles can deepen the bonds, friendship or love relation between companions. Those with special relation can increase each other's attack, defense or accuracy when they stand closely with each other.

The battle field has variable weather changes, such as rain, snow and gust; which affects the condition of the land and speed of the characters. In certain scenario, there are also additional winning conditions, such as protect the castle or destroy the enemy hideouts.

If you are familiar with Fire Emblem: Rekka no Ken, why not let others know?

onemark (3) on 17, Aug. 2007 21:17 (HKT)
Fire Emblem 7: Rekka no Ken (Sword of Flames)
The greatest game of all Fire Emblem titles along with Thrachia 776 for the Super Famicom.
Great characters, well designed, great story and very beautiful in every way.
jordangamer (3) on 19, Jul. 2005 03:12 (HKT)
Fire emblem
Great game great story great characters
Andreas on 29, Dec. 2004 19:39 (HKT)
God is Good.
This games is sooo cool you can\'t describe it. It is a rpg-strategy game that works well together. It\'s like a rpg because it has exp and you equipe weapons and stuff + it has a very good story in it.Then the strategy part works so well to they have mixed them really good together so you move them like a board game it\'s so cool the best rpg i ever played. My nick is Aceeda-fireemblem fan as my friend Kevin and Emeli.
Anonymous on 17, Oct. 2004 10:18 (HKT)
Fire Emblem Rekka no Ken
This game is a must have for any GBA owner in need of a RPG with a great story line. When I first got this game for my birthday, I thought that I wouldn\'t like it. I mean, the graphics looked cruddy, it was like FFTA (which I hated), it\'s obviously got weird looking characters, I hate strategies, I suck at strategies, it has a weird grid system and no gameboy advance game is better then Golden Sun!

When I finally got myself into the game, the first thing I noticed that the graphics weren\'t nearly as bad as I thought they were, infact, it was rather neat! When the characters attacked, they looked very detailed and awsome, unlike what they looked like on the screen shots, and the area around them was very detailed and beleavable as well.

Then, by the second chapter, I began to get over my frusteration with the grid format, and I found it rather addicting. The writing in it was done very well as well, they actually spoke like real midevil people! *Not that much, it\'s just that most of them spoke very... grammercally correct* and only that, but the two new characters Sain and Kent were very funny. That was when I was getting my doubts about Golden Sun being greatest game for Gameboy advance...

Then, as the story line progressed along, I found it very enchanting, nearly like reading a story book! Theres a huge amount of characters, each with a differant personality and are all extremely relatable, orignal and loveable. Some are shy, annoying, studious and quite, while others are flirtious, talkative, brash, money obsessed and insane.

The plot is well streached out and very well planned, I\'m not kidding when I say it\'s like a story book. Plus, even though I suck at stratigies, they set the levels up in such away that you\'ll become better as time goes on.

Basically, if theres an RPG fan out there who wants an RPG with a great storyline (and by far the greatest so far) for GBA, but thinks there none left that they\'ll like and have been neglecting Fire Emblem for the same reasons I have, do yourself a favor and try it out! You won\'t be disapointed.
Anonymous on 23, Sep. 2004 08:27 (HKT)
Fire Emblem
This game is great!It has good graphics,fun adventures,and good music(You can listen to alot of the music when you see the sound room,also you get more icons throgh the game.)Also there is one thing I don\'t like,you don\'t control them,but overall I think you should get the game.There is one other thing,YOUR FIGTHERS ONLY GROW UP TO LEVEL 20!!!!!!!!!!!!!!!!!!!One more thing earth seals don\'t work alot.Hope you get the game!
1 »