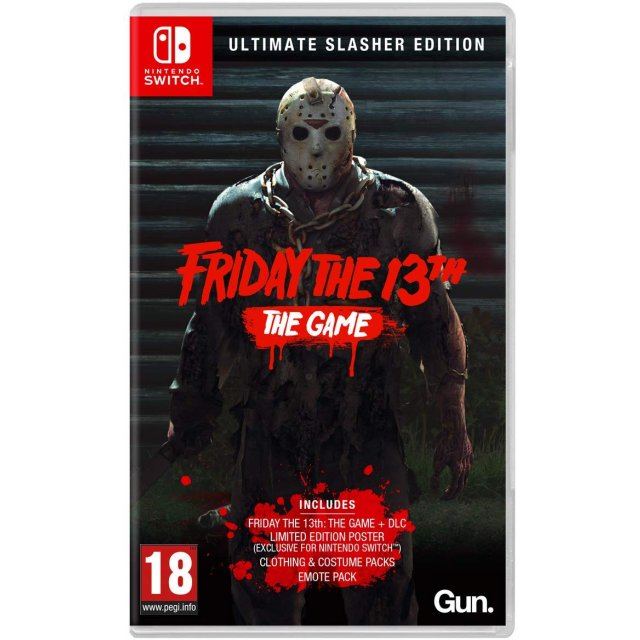 Earn 96 Coins for the Loyalty Program (beta-test)!
Trustpilot
Trustpilot
Click on a thumbnail to see more pictures for Friday The 13th: The Game [Ultimate Slasher Edition]

The game is a faithful tribute to the franchise, all the way down to the tiniest detail. Whether it's one of the many iconic film locations that have been chosen for the game, or the various Jason Voorhees models themselves, fans can rest assured that everything in Friday the 13th: The Game has been painstakingly recreated with accuracy in mind. This is truly the love letter Friday the 13th fans have waited more than 30 years for.

No reviews for Friday The 13th: The Game [Ultimate Slasher Edition] yet.