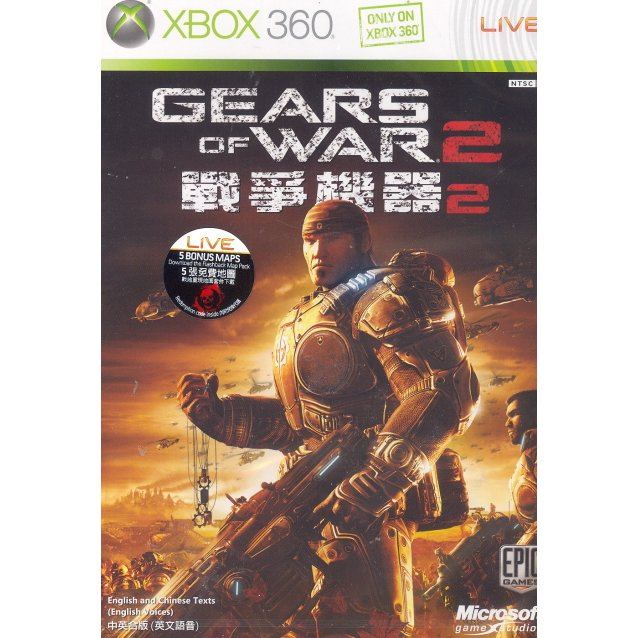 Great Game
One of the best XBOX360 game of all time. Can't wait for next one if epic want to make one more... But multiplayer need more work on. also note if you have japan account you can't download the extra map with code

Gears of War® 2 is the highly anticipated sequel to the 4.7 million-selling blockbuster third-person tactical action game, and one of the most popular Xbox 360 games in history. Gears of War 2 picks up six months after the events of Gears of War, and thrusts you back into a deep and harrowing story of humankind's epic battle for survival against a nightmarish force of underground creatures known as the Locust Horde.Gears of War 2 is developed by Epic Games exclusively for Xbox 360®. Continue the story of Marcus Fenix, a reluctant war hero, as he leads Delta Squad on a series of perilous and adrenaline-pumping missions. Gears of War 2 blends a best-in-class third-person shooter with unsurpassed high-definition visuals, all layered on top of an engaging story of survival, loss, and retribution.

If you are familiar with Gears of War 2, why not let others know?