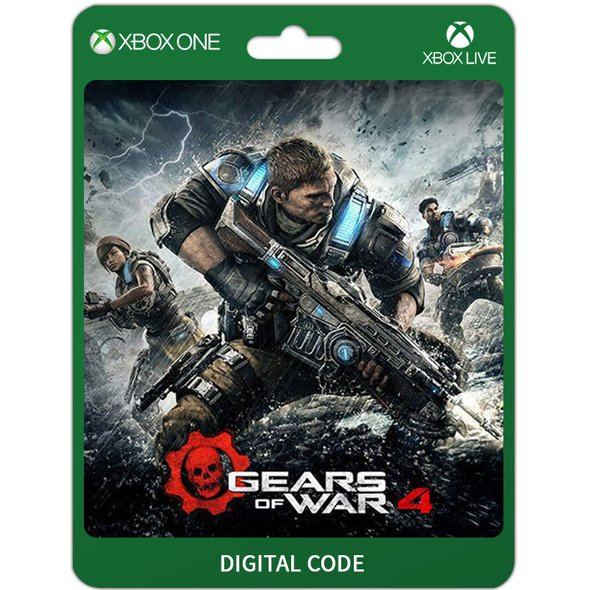 Xbox Game Studios
Compatible with Xbox One™, Xbox One S™, Xbox One X™

Region Free
This item will deliver instantly in your account. Some orders may be subject to verification by SMS or Voice which may cause delays.
US$9.95
Manufacturer
Xbox Game Studios
Compatible With Xbox One™, Xbox One S™, Xbox One X™
Version

Region Free
Price
US$9.95
Play-Asia.com Return & Refund Policy
Click on a thumbnail to see more pictures for Gears of War 4 (Xbox One & Windows 10)

A new saga begins for one of the most acclaimed video game franchises in history. After narrowly escaping an attack on their village, JD Fenix and his friends, Kait and Del, must rescue the ones they love and discover the source of a monstrous new enemy.