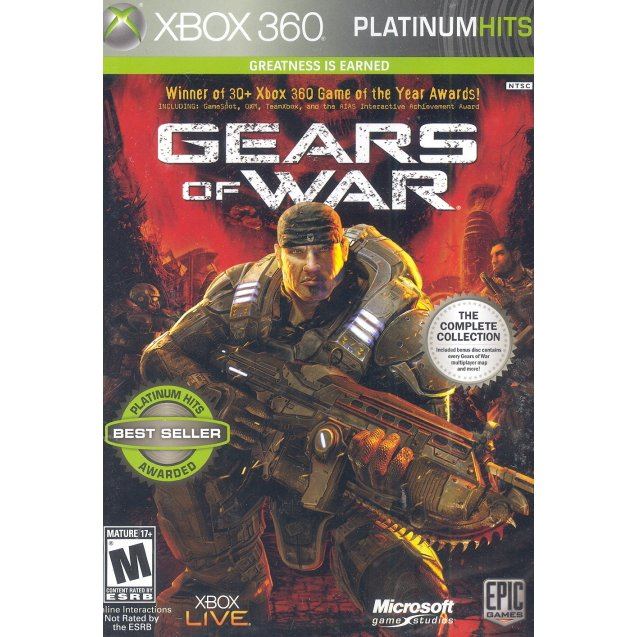 NTSC
1w Expected stock arrival within 1 week.
US$22.39
Manufacturer
Microsoft
Rated By Our Customers
Compatible With Xbox360™, Xbox One™
Version

Gears of War® is the first game developed by Epic Games exclusively for Microsoft Game Studios and Xbox 360™. Gears of War thrusts you into a deep and harrowing story of humankind’s epic battle for survival against the Locust Horde, a nightmarish race of creatures that surface from the bowels of the planet.In this third-person tactical action/horror game, live and breathe the role of Marcus Fenix. A disgraced former war hero, Marcus seeks personal redemption as he leads his fire team against an onslaught of merciless warrior fiends. Immerse yourself in an experience so intensely emotional and gut-wrenching that playing will be like controlling a blockbuster action movie.Gears of War utilizes the breathtaking new Unreal Engine 3 to create cinematic, high-definition visuals for a gaming experience that truly ushers in the next generation. Experience beautifully rendered interactive environments and characters so lifelike they appear to be made of flesh and bone. The next-generation visuals create a world in which the tiniest detail is vivid in the largest battle.Gears of War unites next-generation technology with classic, emotional storytelling and a revolutionary tactical combat system, engrossing the gamer in a horrifying epic story of war and survival.

If you are familiar with Gears of War (Platinum Hits), why not let others know?