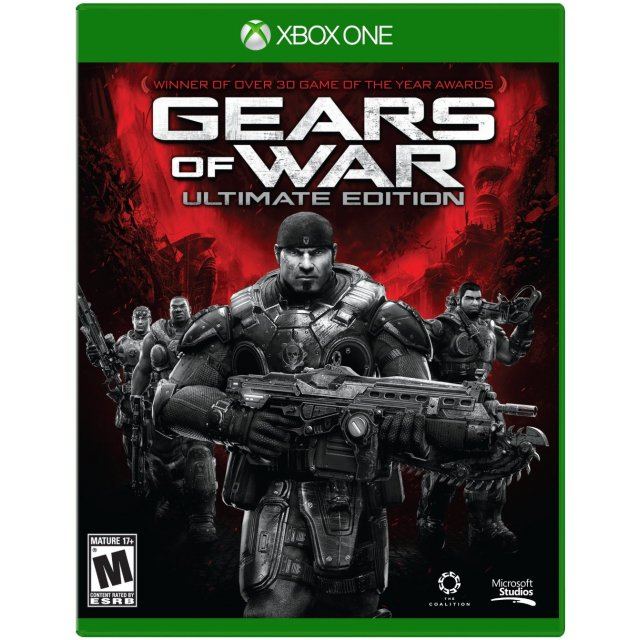 Collections
Microsoft
Rated
By Our Customers
Compatible with Xbox One™ (XONE™)

Works on all systems sold worldwide, a correct regional account may be required for online features.
1w Expected stock arrival within 1 week.
US$22.99
Manufacturer
Microsoft
Rated By Our Customers
Compatible With Xbox One™ (XONE™)
Version

RE-GEARED FOR A NEW GENERATION

The landmark original Gears of War returns, stunningly remastered and modernized for XboxOne.

The story of “Gears of War” thrusts gamers into a deep and harrowing battle for survival against the Locust Horde, a nightmarish race of creatures that surfaced from the bowels of the planet. Players live and breathe the role of Marcus Fenix. A disgraced former war hero, Marcus seeks personal redemption as he leads his fire team against an onslaught of merciless warriors from below.

If you are familiar with Gears of War: Ultimate Edition, why not let others know?