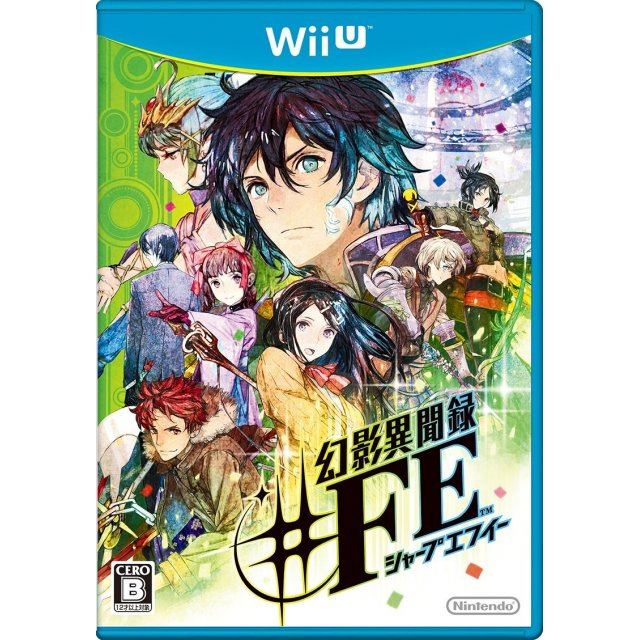 Collections
Nintendo
Compatible with Wii U™ (Wii U™)
For JPN/Asian systems only.

NTSC
24h In stock, usually ships within 24hrs. (Only 1 left in stock.)
US$24.99
Limited time offer - Secure yours now before the offer expires!

Manufacturer
Nintendo
Compatible With Wii U™ (Wii U™)
Version

The story sets the stage in modern Tokyo;same like many other metropolis around the world, lots of passionate young people come to this city to pursue their dreams. While it seems like they are not the only ones come to this city, evil creatures named "Mirages" also wander around Tokyo in order to steal "Performa"- a magical energy activated inside human body when people fulfill an accomplishment andshine their way. Follow the main protagonist Itsuki Aoi and his friends to master these dangerousMirages andrealizetheirstardoms to be top artists!

As well, gamers will also see revamped Shin Megami Tensei style turn-based battle system; whereplayers will have to carefully analyze the weakness of enemies before each round of commandfor the sake of triggering massive "Session Attack" and kill the foes once and for all~ So far, other revealed main characters include Tsubasa Oribe, Toma Akagi, Kiria Kurono, Eleonora Yumizuru, Mamori Minamoto, Tiki, Maiko Shimazaki andBarry Goodman.

If you are familiar with Genei Ibunroku#FE, why not let others know?