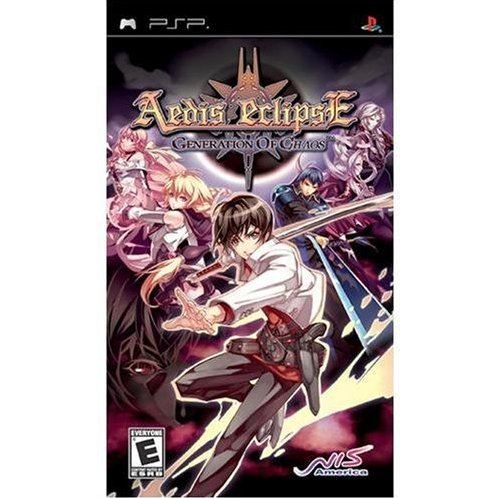 sold Out of print / Out of stock.
Manufacturer
NIS America
Compatible With Sony PSP™ (PSP™)
Version

The unique gaming experience offered by Aedis Eclipse comes from the combination of team customization and item crafting on one hand, to the dynamic combat multi-unit battle system, on the other. The PSP® format allows gamers to briefly pick up their hand-held to enjoy strategic thinking anytime, anywhere.

If you are familiar with Generation of Chaos: Aedis Eclipse, why not let others know?

PuNiao (365) on 13, Jun. 2007 12:30 (HKT)
Generation Of Chaos: Aedis Eclipse
Sun Tzu\'s Art Of War says that he who controls the right terrain controls the pace of battle. In Aedia Eclipse: Generation Of Chaos, you can do just that. Aedis Eclipse (AE) combines a tactical turn-based map with strategically deep role-playing conventions. Featuring three sprawling campaigns, the game tells separate tales revolving around three separate levels of a world - Lower, Surface and Celestial. Each campaign is a long, sprawling affair with tons of secrets - ranging from special characters to rare units - for the careful player to discover. Characters are represented as captains of units which you personally recruit and customise. There is a huge roster of units to find, capture and recruit, allowing players to tweak their armies to their personal perferences. The overall aim of each level is to capture an opponent\'s headquarters while defending your own. It sounds easy early on, when maps are tiny, but the task quickly balloons to monstrous proportions, making it possible to take hours to complete a single map.

AE\'s battle system forces commanders to think strategically even before fighting takes place. Once committed to a fight, a commander can issue only rudimentary commands to the units as they observe the battle, or have captains unleash their special attacks. When the dust settles, players are often give the choice of executing, releasing or convinving prisoners to join their side. It\'s unfortunate that few will be able to enjoy this deep strategy. Many will, instead spend their time groping through AE\'s jumbled menu system, where even critical options such as saving or ending a turn require users to wait up to five seconds - rather than pay attention to the deeply intricate storylines unfolding. Aedis Eclipse suffers so much from its flaws that its unique and great gameplay is buried. Given more polish, it would have been a contender in the gaming world, but its brief flashes of brilliance, like an eclipse, are over far too quickly to notice.