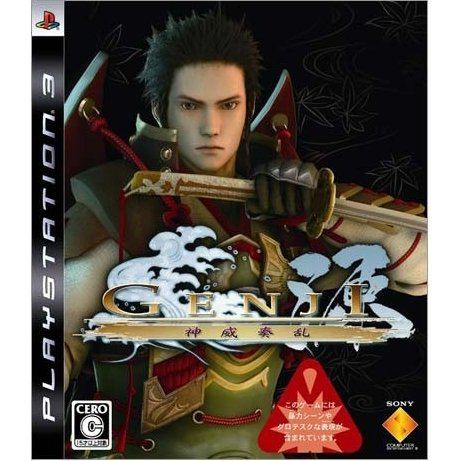 Works on all systems sold worldwide, a correct regional account may be required for online features.
24h In stock, usually ships within 24hrs.
US$34.99
Our previous price:US$ 59.90
You save: US$ 24.91( 42% )
Manufacturer
Sony Computer Entertainment
Rated By Our Customers
Compatible With PlayStation 3™ (PS3™)
Version

Works on all systems sold worldwide, a correct regional account may be required for online features.
24h In stock, usually ships within 24hrs
Price
US$34.99
Our previous price:
US$ 59.90
You save:
US$ 24.91( 42% )
Play-Asia.com Return & Refund Policy
Click on a thumbnail to see more pictures for Genji: Kamui Souran / Genji: Days of the Blade

If you are familiar with Genji: Kamui Souran / Genji: Days of the Blade, why not let others know?

The player has control of a team of warriors table, the character controlled directly can be chosen at any time during the game. Throughout the game you face hundreds of enemies with punches quite realistic - all the moves of the game were taken from the master of the sword Mitsuhiko Seike.

Each of the characters in the game has a unique style of fighting; Yoshitsune is one that uses a samurai sword, Benkei is skilled with the bat, Shizuka is a warrior expert in knives and Lord Buson is the best with the spear.very good game recommend
samuraimaiku (4) on 23, Jan. 2007 09:07 (HKT)
The blood taken out of the American game is all here!
A good game over all, but my only problem is that there arer no english subtitles that i can find. Granted, they could be there, i just cant find where. If you like the camera angles in Onimusha, or you just plain like Onimusha, you\'ll like this game too. The blood content is really spectacule, as is the entire game. A good buy! ***Im not sure if this is a double post, sorry, but if it is, just ignore the last one***
1 »