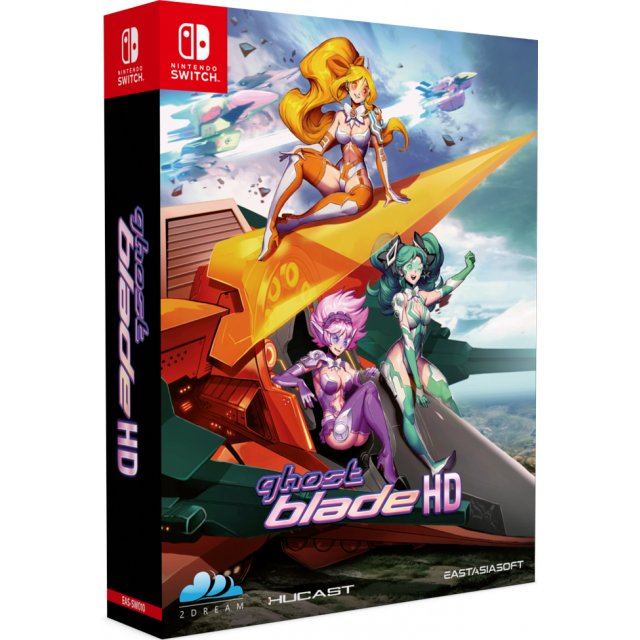 Limited to 3,000 Limited Edition copies worldwide. Sold until all stock is allocated.

Ghost Blade HD is an intense Bullet-Hell top-down shoot 'em up, composed by frenetic and addictive score-based gameplay. With its inspiration going back to the shooting games of the 1990s era, Ghost Blade HD ties old memories to current tones and techniques. Designed with a modern graphic style and special effects, Ghost Blade HD also features an awesome 2-player mode! Ghost Blade HD is easy to learn, hard to master.

If you are familiar with Ghost Blade HD [Limited Edition], why not let others know?

mclaren2 (4) on 11, Feb. 2020 19:09 (HKT)
Depth for all abilities
The key to appreciating this game is first grasping its perfectly balanced difficulty curve. I would even actually recommend this game to those who are completely new to the bullet hell genre. But I would also recommend it to those with much experience (though those would have probably already played the game on its initial Dreamcast release). It is a very clever game that adapts to the individual players ability. Multiple strategies and approaches will work, which is always a sign of intelligent design by the devs. The boss battles are great, too. If you love the genre, you will appreciate and recognise the subtle depth, if you are new to the genre, you will appreciate the accessibility and then later on you will appreciate the depth.
originalintent03 (1) on 02, Feb. 2020 16:08 (HKT)
Generic vertical-arcade-space-shooter
Was expecting more from this game based on the limited collectors edition stuff and character art - the game ended up being just another run-o-the-Mill bullet hell shooter that looks and feels like so many games I’ve DL and played on my mobile device many times before - what sets this game apart? Nothing really. Nothing innovates the genre nor stands out as unique and fun in this game. The 3 anime babes on the marketing is just to hook guys like me, but end up being nothing to connect with in the gameplay other than ship appearance and shot style. The audio gets REALLY annoying after a few minutes - it too suffers from just sounding like “generic-space-shooter-music.” The game was a real disappointment, and that’s unfortunate. I preordered months ago to play on my Switch in vertical mode but couldn’t get passed the games’ cookie-cutter EVERYTHING. Sorry...