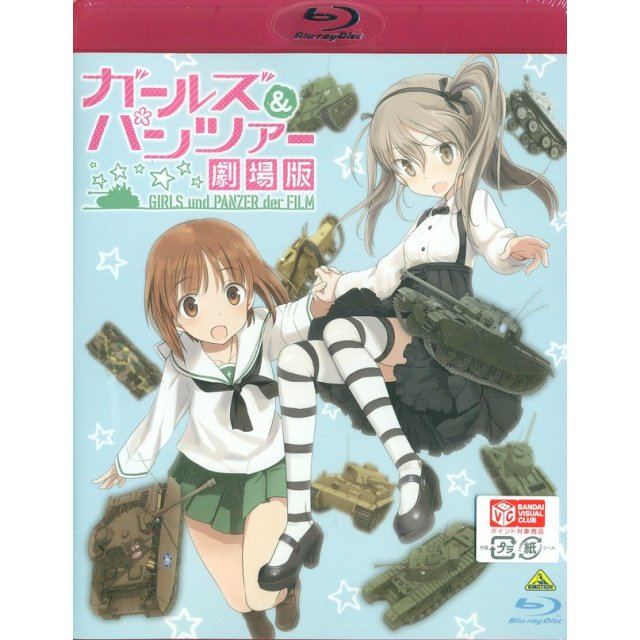 In the world of Girls und Panzer, tank-combat is considered to be a traditional form of sports, similar to martial arts called Sensha-dou and is exclusively for schoolgirlsand uses tanks from World War II era.
When a new girl called Miho gets transferred to the Ōrai Girls' Academy in Ibaraki Prefecture, the school sanctions her to join their tank team and participate in the inter-school championships, held on top of a retrofitted aircraft carrier.

The movie takes place after the 63rd tournament, when the Japanese Ministry of Education suddenly decides to close Ōarai Girls High School. Although being triumphant in the championship Miho and her team have to engage in yet another match against a university sensha-dō team. In order to win, and thereby save their school from closing, the team has to join forces with former adversaries: Pravda, Anzio, Kuromorimine, Saunders, and St. Gloriana school teams all have to give it their best or cry trying.

Special Features:
- Behind the scenes footage
- You can know Girls & Panzer in 3mins
- The OP & ED without Credit title

No reviews for Girls Und Panzer Der Film yet.