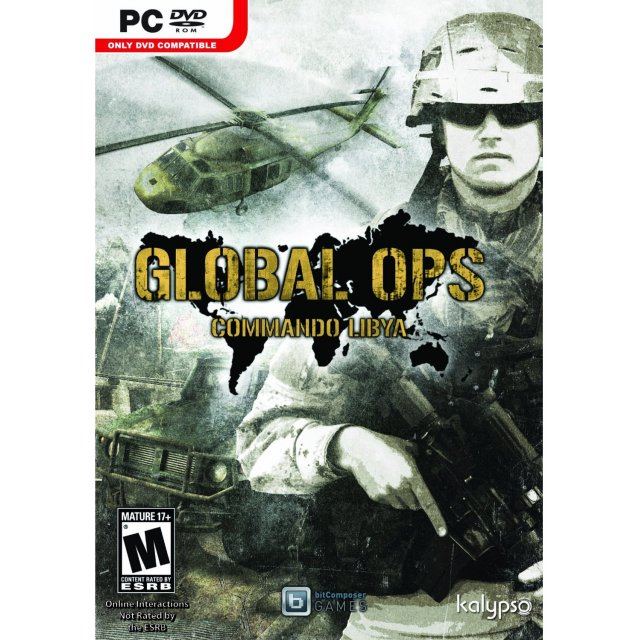 January 21, 1968 - A B-52G bomber carrying four thermonuclear bombs on board crashes in the Arctic Sea of North Star Bay near Thule Airbase. The search party finds the wreckage and three bombs. The fourth is missing...

Present Day - The notorious Russian Mafia boss and weapons dealer, Yebievdenko, has a new toy for sale: an atom bomb. The CIA learns of his plans to sell it to a notorious Libyan dictator. The fear is that it will be used to in a terrorist attack against the USA as payback for the American involvement in the Libyan conflict.

In development by Spectral Games, Global Ops: Commando Libya is a third-person shooter that puts players at the heart of a global race to capture a nuclear warhead that’s been stolen by Russian organized crime, and get it back into safe hands before it becomes a terrorist weapon. Players will take part in a deadly global chase -- battling through Greenland and into North Africa as they fight to take down terrorist forces and recapture the devastating weapon.

No reviews for Global Ops: Commando Libya (DVD-ROM) yet.