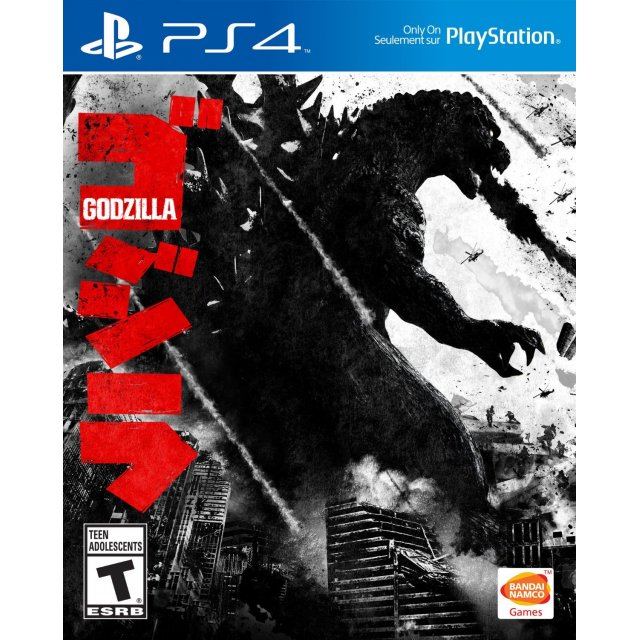 
Click on a thumbnail to see more pictures for Godzilla

Get ready for an explosive and destructive return of the world’s favorite radioactive behemoth as it makes its way on PS3 and PS4 consoles! Godzilla The Game is an action adventure game that is developed as a throwback to the classic Godzilla films of the ‘50s and onwards, using screen tints, tokusatsu which is a (style of special effects), and other graphic techniques. Play as Godzilla himself and make the cities your battlefield as you face off against a roster of familiar enemies!

Control the giant monster and finish 20 stages of mayhem as players turn the urban environment into a complete wreckage! Collect all the G-Energy in each stages to power up Godzilla’s offensive and defensive powers making him grow to over 100 meters high and even make him fly! Explore various game modes including: Mission Mode where players need to attack certain stages and destroy all G-Energy power plants while at the same time fending off the military and occasionally a boss; The King of Monsters Mode where players play through 6 stages and battle different monsters ranging from the average ones like Mothra to the more powerful like Kiryu! The Evolution mode where players gain new abilities through completion of tasks. Diorama Mode allows players to create and enjoy their own personalized Godzilla scenes and fantasy battles.

Godzilla The Game promises players to give extra challenging monster action as they fight against the beast’s mortal enemies like Hedora, Mechagodzilla, Megalon and other hellions from the film will also appear during the game.

If you are familiar with Godzilla, why not let others know?